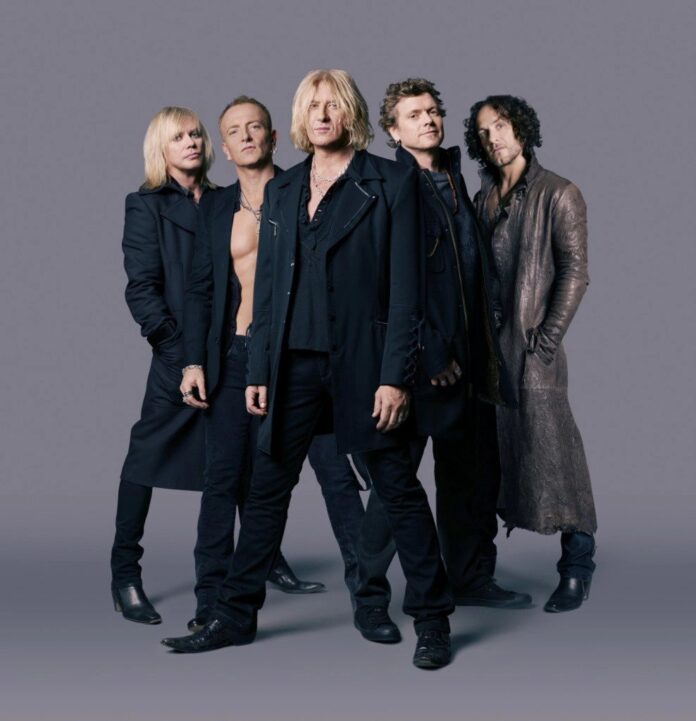 Offering fans the most personal and comprehensive record of Def Leppard’s history to date, Definitely: The Official Story of Def Leppard is narrated by the band in their own words, illustrated with photography and memorabilia from the Def Leppard archives.
Despite an average age of only 18, Def Leppard burst onto the hard rock scene in 1980 like a group of seasoned veterans. Thinking big from the very start, the blueprint for their music was, as singer Joe Elliott states, ‘Queen meets AC/DC.’ Def Leppard’s story is one of stratospheric highs and crashing lows, of triumph over adversity.
With unlimited access to the Def Leppard vault, Definitely presents over four decades of the band’s history through handwritten correspondence, rare vinyl pressings, tour memorabilia, music video storyboards, draft album artwork, press cuttings, previously unpublished photographs and much more. Part memoir, part scrapbook, Definitely: The Official Story of Def Leppard is the ultimate record of Def Leppard’s legendary career.
Definitely will be available from Genesis Publications as a signed, limited edition book and record set. Register your interest to be the first to hear more.