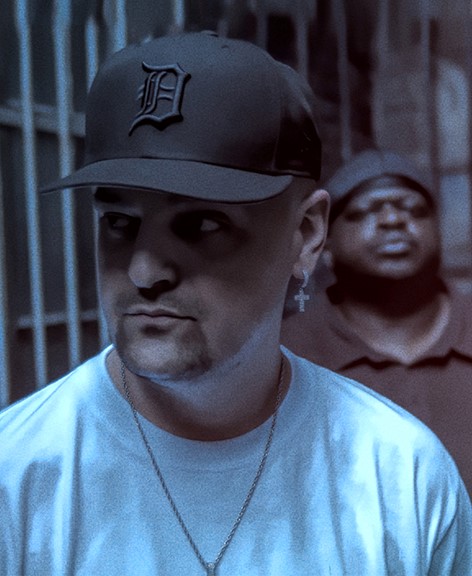 There are plenty of run-of-the-mill hip-hop artists chasing clout and checks nowadays, as if the passion of rhythm and poetry has been cast aside. It’s artists like Sonny Hendrixx and Daxflow that work effortlessly to keep the art behind rap alive by delivering hard-hitting cadences and prolific messaging, and nowhere is this more apparent than in their newest single, “Damn.”

Best summed up as an aggressive single that uses light footwork to deliver powerhouse stingers and reality checks within each listening experience, Sonny Hendrixx and Daxflow use throat-cutting delivery woven into powerfully potent five-finger cadences on “Damn,” start to stop; 808 saw synths lay the foundation for what eventually divulges into a lyrical homicide as straightforward trap drum rhythms stick around to carry out the finality of the assault.

“It seems like everyone these days is trying to microwave their music careers, doing whatever gimmick they can to get attention as fast as possible,” Sonny Hendrixx says. “I want to be recognized as a lyricist. I’ve treated every verse/hook like it was going to be my last.

“I appreciate the hip-hop culture and movement so much that I get very bothered seeing how lackadaisical some artists can be with their craft.”

As you take the time to listen to the lyrical work Sonny Hendrixx and Daxflow put into “Damn,” it’s easy to find these two up-and-coming producers are deadly serious about what they do. The breakout artists talk about gimmicky come-ups and pay-to-play stream inflations. Daxflow delivers a verse that feels surprisingly on the nose, featuring lines like:

While these two performers have been in the game for a while, building impressive resumes along the way, it isn’t lost on them that the music world around them is changing. However, staying true to their roots, Sonny Hendrixx and Daxflow deliver a listening experience that pays homage to the classics while producing a banger fit for any new stereo system.

“Don’t count me out in this old school to new age cross over,” Daxflow says. “Never stick me in one lane as I can deliver with many different styles. I’m an easy person to judge when you don’t take the time to know the real story. I never change in regard to keeping it real with my people, but my progression is unmatched. If I find a way to get something accomplished, a lot of the time it’s to give hope to those that need it.”

Daxflow is a Toronto-born hip-hop artist who is widely known for his position as a judge for Toronto’s rap battles for KOTD. He is currently working on producing a series of singles as he records out of StayKool productions studio, ultimately working towards his newest EP, L.I.F.E Vulume 2 EP.

Sonny Hendrixx is an Oshawa local who has been producing hip-hop music for the past decade. Drawing inspiration from his previous substance abuse, Hendrixx champions being sober as one of the main reasons he has found success recently. Two years after his dive into sobriety, Sonny Hendirxx released his debut LP, Sonny Boy Wonder LP, under his previous artist’s name Rooks McCoy. “Sucker for Love” and “With You,” two singles off the album, received rave reviews, sold out physical copies, and amassed over 350,000 streams.

Recently, Sonny has placed second in Anno Domini Nation’s “Best Rapper Alive” contest, which earned him an EP deal with the well-established Anno Domini roster. He is now working on new material for his upcoming album, Adeus — a passionate amalgamation of anti-love songs disposing of visceral feelings about past relationships, drug addiction, and life’s constant obstacles.