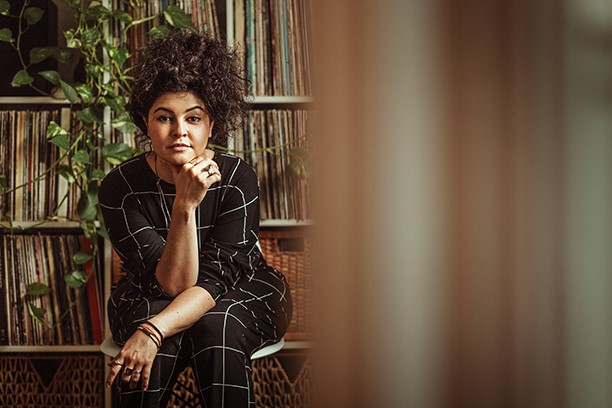 The first woman to ever be nominated for and win a JUNO Award for Recording Engineer of the Year, Kourkoutis is also a renowned producer, songwriter, composer, mixer, multi-instrumentalist, artist, mentor, and teacher. She will be honoured this September 29th at the event’s fifth annual ceremony celebrating music in Durham Region for her contributions in the community — both locally and nationwide.

As a musician, Kourkoutis has shared the stage with artists such as The Weeknd, Serena Ryder, Martha and the Muffins, and Tara Slone, and was also the guitarist on stage for CTV’s The Launch’s house band.

“Hill’s accomplishments to date exemplify the essence of the OMAs’ Music Industry Leader Award,” says OMA Director, Tony Sutherland of Kourkoutis’ win. “Her work speaks volumes and no doubt will inspire rising stars in the Durham region, across the country, and around the globe.

“We are thrilled to be recognizing Hill this year and welcome her to this illustrious group.”

“I am deeply honoured to be this year’s recipient of the Music Industry Leader of the Year award,” Kourkoutis shares. “Growing up in Durham provided me with an incredible start to my music career; it is where I took all of my music lessons, wrote my first songs, started my first bands, recorded my first demos, and received the support from my family, teachers, and peers that allowed me to follow my dreams.

“The foundation that was established in the Durham community was integral to my growth as a creator, and I feel much gratitude to the OMAs,” she continues. “Receiving this honour from my peers in my hometown where it all started means the world to me.”

In addition to Kourkoutis, the 2022 OMAs will honour artists across multiple categories — including Songwriter of the Year, Album of the Year, Emerging Artist or Band of the Year, Durham Song of the Year, and Music Teacher of the Year, to name a few. Further, the 2022 Oshawa Music Awards will again distribute Lifetime Achievement Awards marking distinct work within the local community.

Artist or Band of the Year

Single of the Year

Songwriter of the Year

Music Video of the Year

Emerging Artist or Band of the Year — Presented by Spark Centre

Album of the Year

Music Producer of the Year — Presented by 360insights

Music Teacher of the Year — Presented by Durham College

The public is invited to vote for their favourites across all categories, save for Music Producer of the Year and Music Teacher of the Year. Public voting is officially open via theomas.ca, and set to close August 9th, 2022 11:59 P.M.