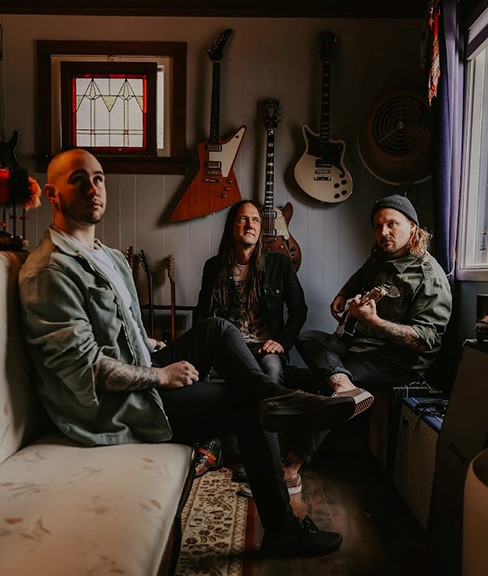 Set it, and let it ride on Autopilot. Their latest rock offering “In Between Days” — available now — shatters the speakers and lauds itself in a tale of love lost packed with an indie punch, written and made famous by the incomparable 80s new-wave gurus, The Cure.

Forced to see through the pandemic through the making of their album, the Canadian three-piece have set their sights on conquering 2022 — back on the road with fury and furor, taking their rock sound live to the fans.

Dubbed “one of the hardest working bands in the country”, Autopilot has earned Earshot’s Top 50, the Top 200 for NACC North American College Charts, and specialty radio throughout North America. The band can be found in heavy rotation, reception, and placement on The Verge, Sirius XM’s Iceberg Radio, CBC, podcasts, and licensing placements throughout Canada and the US.

Now armed with “In Between Days,” the band with the low-fi, fuzzed-out 90s throwback soundscape are prepared to take the music to the masses. Their take on The Cure’s classic is a welcome back for a group forced to pause during 2020.

“Everything we’ve learned is on the table for 2022 and beyond,” the band says, preparing for the release of their forthcoming album. “We’re casting our net wider, and going all in. We’re never content to sit still or play it safe.”

And while the tracks may hit in your steady rotation and playlists, Autopilot ups the ante with their electrifying, well-crafted live show. If you see them for the first time at a festival, you’re guaranteed to go home in a sonic soundscape that will leave you lying in a musical coma, content with the next generation of indie alt-rock.

Though their pandemic-induced hiatus as a touring band may have felt like years, it’s only been days since they rocked your world with their music. In fact, Autopilot has The Cure while you’re feeling “In Between Days” of catching them live.