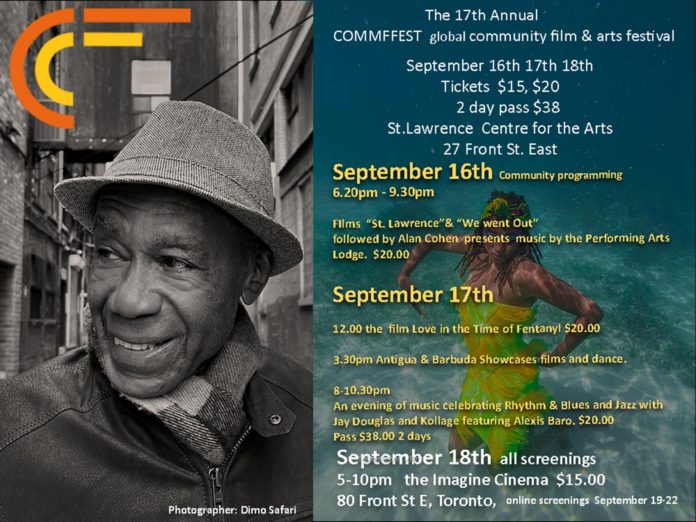 Details: An evening of music celebrating Canada’s shared history with the US titled “A Tribute to Blues and Jazz” starring Jay Douglas and Kollage featuring Alexis Baro.

Singer Jay Douglas’ untold musical history is played out on stage with selections from his ground-breaking new album “Confession.”  The album was inspired by his love for Blues and Rhythm & Blues then a new music in post WWII America that was coming out of Memphis and New Orleans. All this music had a big impact on Jay as a young artist growing up in Jamaica and that influence would eventually travel with him to Canada. Jay has been awarded NOW Magazine’s Best R&B Act, the Annual Toronto Reggae Awards’ Male Reggae Vocalist of the Year, and the BBPA Harry Jerome Awards’ G98.7 Entertainment Award.

Kollage featuring Alexis Baro takes the audience on a musical journey back in time to the mid 50’s and early 60’s when new current within jazz emerged in the US called “Hard Bop.”

The new music incorporated influences from rhythm and blues, gospel music, and blues with an emphasis on a heavy backbeat.

It was this style of music that inspired the original founders of Kollage – Archie Alleyne and Doug Richardson – to form this Canadian musical institution.