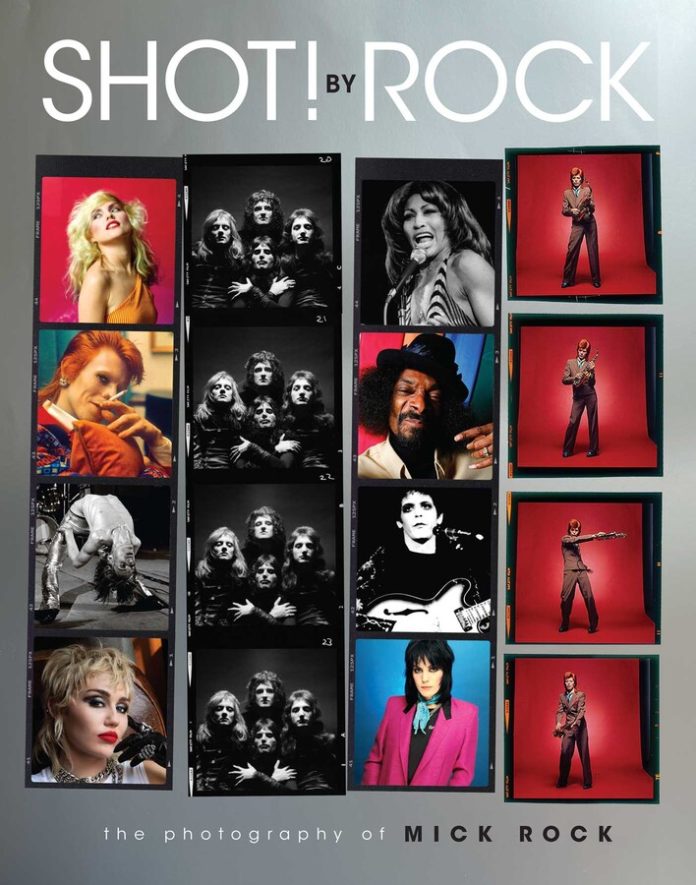 The iconic photography and tales of famous musicians and rock-and-roll legends, all from “the man who shot the Seventies” himself, Mick Rock. “SHOT! by Rock” is out on November 22, 2022.

Born in 1948 in Hammersmith, London, Michael Rock became a photographer after graduating from college, and developed his visual style with photos of the local rock music scene in England. Soon thereafter his photography career took off, going higher and higher with each new musician he shot for. His work is embodied in this text, full of luscious, color-saturated photography of some of the most dynamic and enthralling musical acts and stars in rock history—and likewise filled with amazing and amusing behind-the-scenes stories of musicians from Mick Jagger to Miley Cyrus and beyond.

Instrumental in creating so many iconic images in music history, from Queen’s “Bohemian Rhapsody” to David Bowie’s Life on Mars video, Mick has had major exhibitions all over the world, has featured in the 2016 documentary, SHOT!, and his work has secured his reputation alongside his subjects as an icon of rock.

A sure-fire hit with rock and musical history fans!