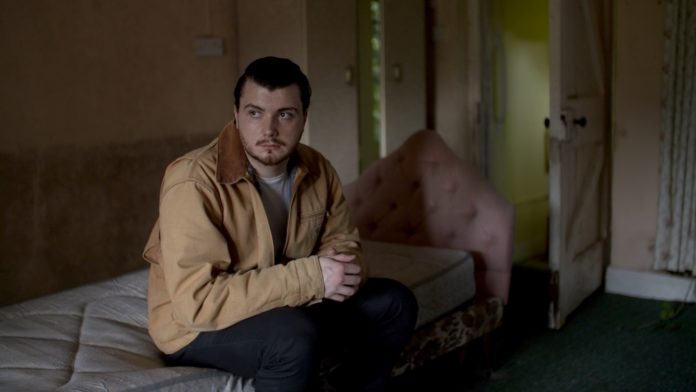 Bright Falls has released the new single “Dusk”, the title track of its forthcoming debut LP which will be released on Oct. 28th, 2022.

Bright Falls opened for Sinead O’Connor & The Stunning at Féile ’19 at Semple Stadium in their hometown of Thurles. This came shortly after the release of their debut EP ‘Logging’ in July of 2019.

The new single “Dusk” is a story of heartbreak, longing, and trying to recapture a lost love. It’s a song of great anxiety of what the future holds.

“I wanted to tell a larger story which began from a place of great nostalgia,” said McCormack. This is captured right off the top, with the opening lyrics, “I remember, the scent you wore upon your neck, and how I felt the first time we met.”

The spirited track features anthemic moments in the chorus and bridge, while an arpeggiated bass synth runs throughout, joined by glistening and dreamy synths. Layered guitars and an intricate drum pattern add to the dynamic feel.

Bright Falls’ music is largely driven by nostalgia, and the forthcoming LP “Dusk” expands on that, with a ‘break-up’ theme to which McCormack credits two legendary albums, Kanye West’s “808’s & Heartbreaks” and Bruce Springsteen’s “Tunnel Of Love” as his inspiration.