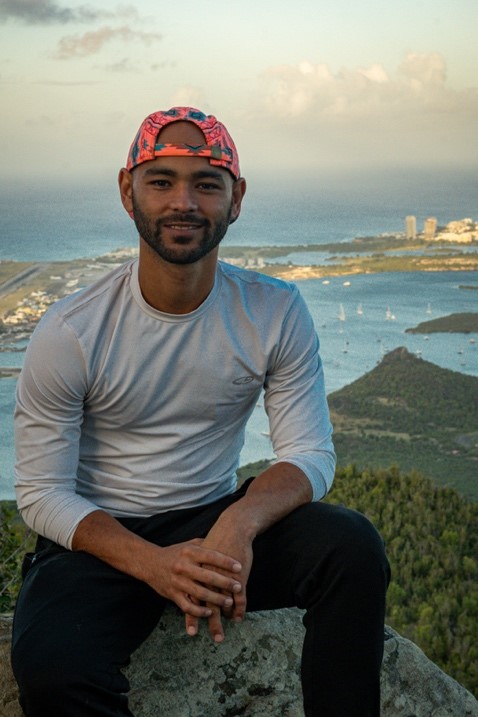 Through the day-to-day struggles of life, we often get lost in the monotony, something that resembles an inescapable cycle of ups and downs paired with a tall glass of anxiety – and maybe even some dread. It’s Big Lou’s anthem that reminds us that we are in control of this supposed destiny and our lives ahead of fate. It is “Tayrona” – and it is available now.

There is power in the comforts that those closest to us can provide – while it may not always be easy to ask for help, it is often the bravest outcome. This message becomes rapidly present in Big Lou’s newest single, “Tayrona.” The song opens, teasing its deeply rooted message of perseverance;

“A letter to depression / born from reflection / upon inspection he sees resurrection.”

From there we are delivered a heartfelt message of survival packaged with a hard-hitting production – an infectious Spanish guitar lick paired with deep bass kicks programmed to subconsciously open the listener to “blue pill” themes while covered by a façade of trap music.

Listening through Big Lou’s newest single makes it obvious that these choices were entirely intentional. The production feels harrowingly personal to Big Lou, containing an internal power drive that can only be described as inspiring. Big Lou reflects on this by saying, “Everyone out here is struggling with something. Instead of contributing to the problem, I want to be part of the solution. I try and inject as much positivity and hope into my music as possible. There are difficult & ugly aspects to this life but with each other’s support, we can make our lives that much better.”

“Tayrona” encapsulates the daily struggles people go through to merely “feel okay,” often taking things on a day-to-day basis. While this struggle initially feels heart-rending it is often the tribulation that leads to ground-breaking self-discovery and acceptance; it is our transition into a warrior.

Big Lou offers his consolation on the subject:

“I understand that struggle is a part of life. From it, we get the opportunity to grow despite how ugly it may look although there can be beauty in the struggle. An important first step to take to identify this beauty is to talk about our struggles. Depression needs to be a bigger part of the conversation. Too many people are struggling alone and that is only making the problem worse.”

This powerful moral is paired perfectly with a triumphant production, adding an unmatched voracity to this powerhouse anthem of self-importance and perseverance. Powerful lines are delivered with perfect cadence as Big Lou reflects as he reflects on his journey with depression and taking charge of life.

“I chose to call this song ‘Tayrona’ because of what the word means. It translates to ‘sons of the jaguar’ or ‘Jaguar warrior.’ Some say that the jaguar represents the power to face one’s fears or to confront one’s enemies. This is exactly what the people of Tayrona did and it is what we need to do to overcome our depression.”

Big Lou began his artistic journey honing his lyrical penmanship and singer/songwriting skills in mid-2019 while practicing his raps for any and all willing listeners. As Big Lou dealt with many personal hurdles, including depression, he subsequently launched the Go Produce podcast, featuring interviews with music industry professionals offering advice to up and comers. With experience, persistence, and determination, he would realize his musical vision with the debut single “As A Crew,” which was released to overwhelming praise.

Big Lou has been breaking into the Canadian hip-hop scene ever since, featuring catchy hooks, infections flows, and dynamic rhythms sure to appeal to all hip-hop fans. With the release of singles like “Tayrona,” it is obvious that Big Lou’s musical career is on a crushing upward trajectory.