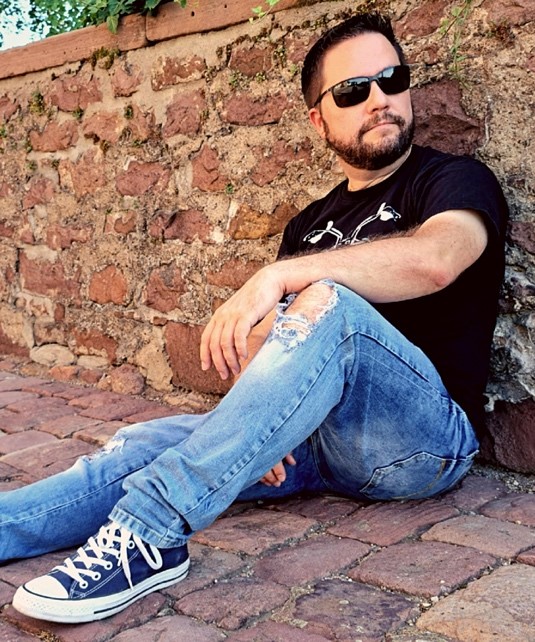 It’s getting harder and harder to trust in the political process these days, no matter where you are, and German alt-rock band Joe’s Groove Huddle captures some of that distrust and uncertainty in their pumping new single “Believe Me.”

Combining the driving, hard-hitting pound of stadium heavy metal with the funktastic groove of the Red Hot Chili Peppers, “Believe Me” treats the topic of a politician speaking out of both sides of his mouth. “Writing the lyrics, I was wondering how many political decisions are influenced by lobbyists, and where that will lead in the decades to come,” said bassist Jochen “Joe” Kinzig.

The chorus is reassuring, if not disingenuous – “Believe me, all I want is your best” – and then the narrator speaks of having his back to the wall, and the world cowering under a wrecking ball. It’s not exactly a happy song, but the driving beat and the passionate vocals convey a message of refusing to succumb to powerlessness. It is, that simple answers are getting more and more popular. But experience shows, that real life isn’t that simple and simple answers will for sure not be the right answers. So we should not accept simple answers. We have to learn to live with complex answers that are not clear cut.

After he finished the lyrics, Kinzig asked his friend Eric Castiglia if he could sing “Believe Me.” “I sent him my draft, and the vocals he sent back blew me away,” Kinzig said. “Eric was really able to give the vocals a perfect vibe that fit perfectly with this fusion of funk and rock.” The song also features guitars by Benedikt Staud and Christian Fier on drums.

“Believe Me” is the fourth single to be released by Joe’s Groove Huddle. The band made its debut with “Good Day” in 2021, followed by “Shot From Behind.” Both songs featured vocals and guitars from Kinzig’s former bandmates Uwe Flatter and Jochen Stien, and keyboards by Torsten Lehnert. With the third release, “Strong,” the lineup became more international, featuring vocals by Eric Castiglia (Italy) and a rap portion by Daniel Picknell (England).

Joe’s Groove Huddle was launched in 2020 in Karlsruhe, Germany, by Jochen “Joe” Kinzig. Inspired by the lockdown and the resulting standstill in his live bands, the bass player had the idea to write his own songs and record over the distance with other musicians.

Influenced by the great rock music of the ’70s and ’80s as well as present day, the band provides an outstanding fusion of old-school and modern rock.