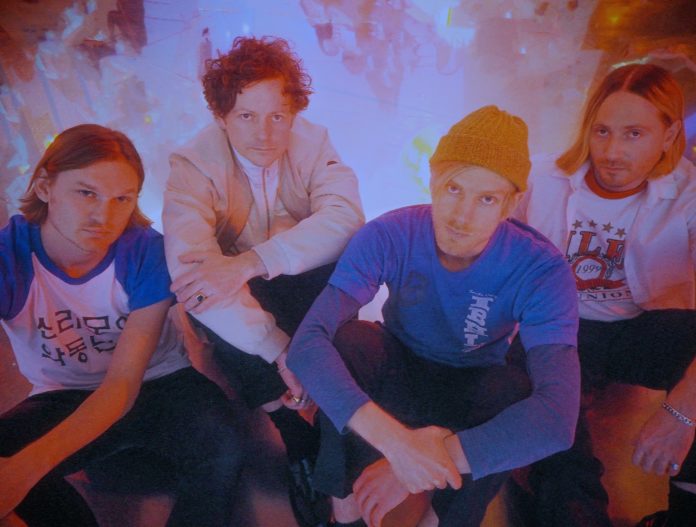 The Copenhagen, Denmark band The Lost Weekend debuts with a conceptual wall of noise and an alternative rock album that aims to cut through and join the year’s best rock releases in giving the listener something real. With sailing and crashing guitars, and a vocal frontman that burns bright, The Lost Weekend brings forth a sound that reminisces the most iconic bands of the 90s.

Several years in the making, “Radiance” has been both a solid anchor and a forward driver in an uncertain world – an organic constant that gropes and hunts, or as the band puts it:

“The record has been a quest to find continuity in a society hungering for meaning. It is a journey that goes back to beat music’s rise, past the 90’s grunge and shoegaze to 00s Indie Rock, and then spills over the borders in searching voodoo fables. Tales of anti-heroes and bumbling declarations of love. The Lost Weekend, and Radiance turns on being lost in the fog of the weekend, the noise of euphoria – to go forth, let go, give existence form, and then spit it out.”

And with that, grounding the band has appropriately created a crashing and at times meditative universe that is easy to become lost in. Here are strong roots in the grunge and shoe-gaze bands of the 90s. Names like My Bloody Valentine and Stone Roses are natural references as well as more current acts such as DIIV or War on Drugs. The Lost Weekend plays frantic, dreamy, and clashing rock and pop with soaring guitar and the signature vocals of the charismatic and half American lead singer Jefrrey Hessellund. With vocal inspirations from artists such as Nick Cave and John Lennon, Jefrrey is flanked by expressive guitarist and composer Jakob Birch Sorensen, and the brothers Adam and Tobias Winberg (Death Valley Sleepers, Dor nr. 13, Den Syvende Son, The Telescopes (UK) and more) on drums and bass guitar.

Throughout the lyrics of The Lost Weekend lies a fascination with mysticism. Jefrrey’s metaphysical conviction is that all things also have an inner side that shines and with that a Radiance. Jefrrey is inspired by Animism and a personal search for the spiritual in a life that sometimes moves toward a groping in darkness.

Both The Lost Weekends’ music and words are laced with contrast. A searching, a movement toward the edge, where melody, desperation, meaning, and sound meet. This is an album that turns on finding a way in to the near while moving forward to the mystical. It dares to break borders down, to move the spiritual character and even the dark character to the fore, and then go back to the center where all Radiance originates.

In “Radiance” you will hear the sonic emotional rays from a band that stylistically and musically rests well in itself and sends out its light to the darkest corners. The band’s music, sound and radiance has, along the road, already produced positive mention in Gaffa. The reporter gave the band’s debut concert at Loppen five stars under the title “Emotion’s Parallel Universe.

That Universe is open from the 30th of September when Radiance is released digitally and on vinyl featuring “What’s My Dream” as their debut single in North America.