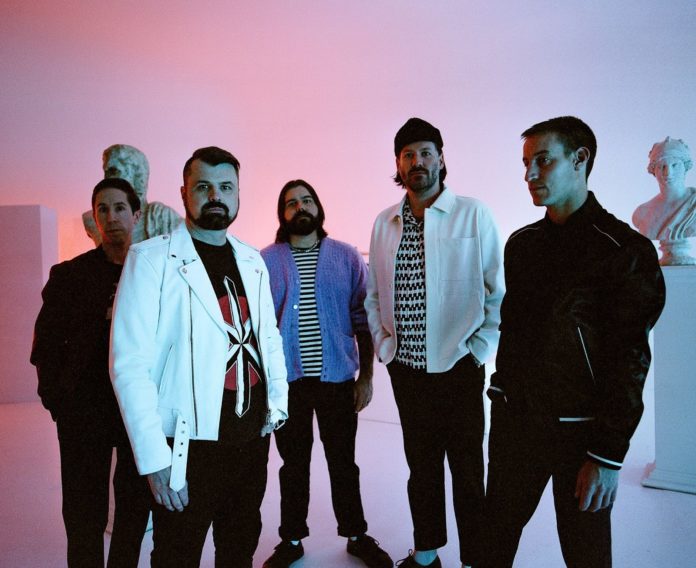 JUNO Award-nominated Canadian rock band Silverstein are thrilled to announce the Misery Made Me 2023 North American Tour. Known for their incredible, high-energy sets, Silverstein is ready to kick off what’s sure to be another stellar year for them with this not-to-be-missed headlining tour.

Beginning on Thursday, March 23rd in Ottawa, ON at Bronson, the band will be visiting over 25 cities across North America including stops in Pittsburgh, New Orleans, Las Vegas, San Diego, Cleveland and more before wrapping up in Grand Rapids on Sunday, May 7th at The Intersection. Joining them on this run are special guests: Dayseeker, Seeyouspacecowboy and One Step Closer.

Silverstein released their latest studio album, Misery Made Me, earlier this year via UNFD. Inspired by the past two years, Misery Made Me is a depiction of Silverstein – and world at large’s – collective turmoil, frustration, and anxiety. It’s a record that is a product of the moment in time in which it was created yet doesn’t feel like it will date itself anytime soon, as many of its topics of loneliness, anxiety and isolation are eternal human struggles.

Silverstein has continued to build on their already-wide reaching impact. Immersing themselves in new technologies like TikTok, Discord, the metaverse and Twitch (even holding public writing sessions with fans over the latter) during its formation, the band have confirmed their unique ability to adapt and connect in all cycles of their career.

It’s both intriguing and inspiring that a band – who could have merely rested on the impressive legacy they’ve already cemented – would continue to dig deep and find the inspiration to reach people in meaningful new ways. Misery Made Me is a campaign hinged on Silverstein’s reflection and gratitude for their roots, their honouring of their earliest fans, and their staunch desire to explore forward-thinking
and adventurous ways to connect with new ones.