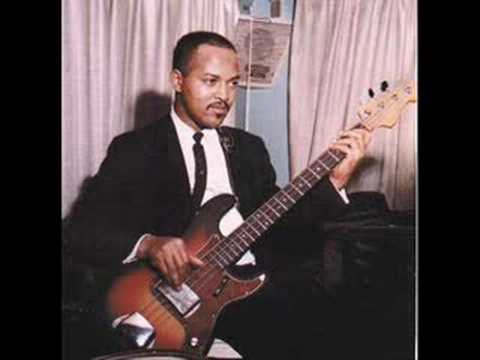 Originally inspired by a police brutality incident witnessed by Renaldo “Obie” Benson, “What’s Goin’ On” was composed by Benson, Al Cleveland and Gaye and produced by Gaye himself. Bassist James Jamerson was pulled into the session after Gaye located him playing with a band at a local bar. Respected Motown arranger and conductor David Van De Pitte said later to Ben Edmonds that Jamerson “always kept a bottle of [the Greek spirit] Metaxa in his bass case. He could really put that stuff away, and then sit down and still be able to play. His tolerance was incredible. It took a hell a lot to get him smashed.” The night Jamerson entered the studio to record the bass lines to the song, Jamerson couldn’t sit properly in his seat and, according to one of the members of the Funk Brothers, laid on the floor playing his bass riffs.