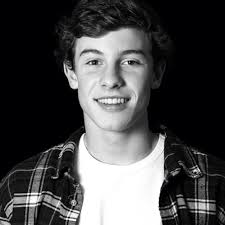 Each of the artists announced today provided a video message to Canadian fans, through JUNOTV, about their upcoming JUNO Awards performance in Hamilton. To view the videos, click here.

“This list of exciting young artists at the top of their game sets the stage for an electric JUNO broadcast,” said Phil King, President – CTV, Sports, and Entertainment Programming. “With more must-see artists yet to be announced, viewers will want to start their countdown to March 15.”

“The JUNO Awards continue to attract some of Canada’s most illustrious talent,” said Allan Reid, President & CEO, CARAS, The JUNO Awards & MusiCounts. “Today’s announcement is an example of the incredible young talent exploding around the world and sets the pace for what will undoubtedly be the biggest night in Canadian music this year.”

Tickets for THE 2015 JUNO AWARDS go on sale this Friday. Tickets range from $39 to $149 (plus service charges) and are available through the FirstOntario Centre Box Office, by phone at 1-855-872-5000, and online at www.ticketmaster.ca.

Additional performer and presenter announcements will be released in the coming weeks.