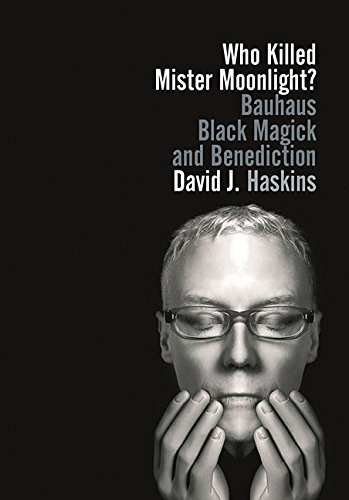 Beginning with the creation of Bauhaus’s seminal debut hit ‘Bela Lugosi’s Dead’, David J. Haskins, when talking, offers a no-holds-barred account of his band’s rapid rise to fame and glory in the late 70s, their sudden dissolution in the 80s, and their subsequent (and often strained) reunions.

In his new autobiography, Who Killed Mister Moonlight, he explores his work as a solo performer, and with acclaimed trio Love And Rockets—culminating in the devastating fire that ripped through the sessions for their 1996 album Sweet F.A. He also delves deep into his exploration of the occult, drawing together a diverse cast of supporting characters, including William S. Burroughs, Alan Moore, Genesis P. Orridge, and Rick Rubin.

J was a founding member of the highly influential English post-punk band Bauhaus in 1978, playing bass. David J wrote the lyrics of several Bauhaus songs (including their first single, “Bela Lugosi’s Dead”). He sang backing vocals on many songs, and sang lead on “Who Killed Mr. Moonlight?” Bauhaus first broke up in 1983, reforming periodically at later times.

His first venture outside of Bauhaus was a collaborative single, “Armour” / “Nothing”, with artist and poet René Halkett, of the original Weimar Bauhaus school of art and design.

He began writing music for a solo career while still in the band, and continued after the band’s break-up, releasing the dark Etiquette of Violence and Crocodile Tears and the Velvet Cosh, and played bass on two Jazz Butcher albums (A Scandal in Bohemia and Sex and Travel), both of which he also produced. J was also a part of the very short-lived band The Sinister Ducks, which included saxophonist Alex Green and comics writer Alan Moore. J also released an EP that was intended as a soundtrack to Moore’s graphic novel V for Vendetta. In 1996 he once again collaborated with Moore alongside musician Tim Perkins when the trio recorded two spoken word with music CD’s, The Grand Egyptian Theatre of Marvels and The Birth Caul.

In 1985, J, his brother Kevin Haskins, and Daniel Ash, all former members of Bauhaus, formed Love and Rockets; J once again played bass guitar and also shared songwriting and vocal duties with guitarist Daniel Ash. His most notable lead vocal from this period was the minor hit “No New Tale to Tell”. J maintained his solo career during breaks from Love and Rockets, releasing Songs from Another Season and Urban Urbane after his band’s success with the single “So Alive”. He also released one of the first No. 1 hits from the newly created Modern Rock Tracks charts, with “I’ll Be Your Chauffeur.” J participated in a Bauhaus reunion in 1998. Love and Rockets broke up in 1999, after seven albums. Following what was billed as a one-off performance of Bauhaus at the 2005 Coachella concert festival, Bauhaus reformed for a successful tour of the Americas in late 2005 and Europe in early 2006 as well as a final album, Go Away White.

J has a brand new album, An Eclipse of Ships, which brought him to Toronto, and the SiriusXM studios. 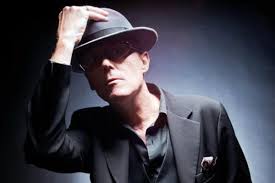