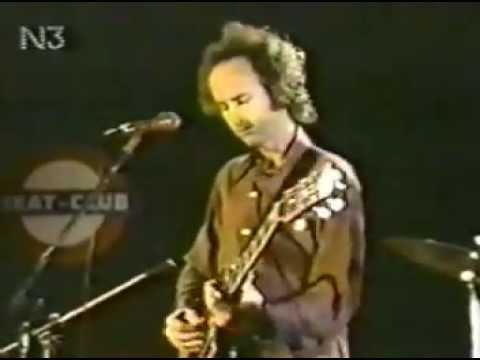 When Jim Morrison died in a Paris apartment bathtub at the age of 27 on July 3, 1971, the remaining Doors decided to continue. After considering replacing Morrison with a new singer, Robby Krieger and Ray Manzarek decided to switch off on lead vocals, releasing two more albums before disbanding. The recording of Other Voices took place from June to August 1971, and the album was released in October 1971. The LP featured the single “Tightrope Ride”, which received some airplay.

The trio began performing again with additional supporting members on Friday, November 12, 1971 at Pershing Municipal Auditorium in Lincoln, Nebraska, followed by shows in Carnegie Hall on November 23, 1971, and the Hollywood Palladium on November 26, 1971. This concert, though, takes place at The Beat Club in 1972, and is a little less funky, and a whole lotta less dangerous than when Morrison was around.

Fun Fact about The Doors: They were the first American band to accumulate eight consecutive gold and platinum LPs.