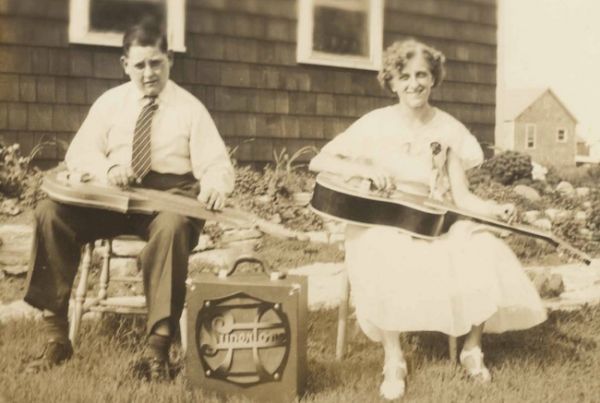 I just finished reading author and photograph collector Jim Linderman’s book called The Birth of Rock and Roll that includes many found photographs of the types of musicians who contributed to what eventually became known as rock ’n’ roll music.  It’s a facinating read to those of us who believed the genre started in the 1950s, or with Nirvana. I kid.

Linderman spoke with Lisa Hix of Collector’s Weekly in a fine article, published last week: “We have this notion that rock ’n’ roll started in Memphis in 1955, and it really didn’t,” Linderman says. “Bob Wills was playing in the ’30s and ’40s in Oklahoma, and Chuck Berry modeled ‘Maybellene’ on a Bob Wills song. The roots of rock go back a lot further than we realize. It came from the church, from vaudeville, from the music played in after-hours clubs, from juke joints. Some of it came from Ireland. It’s such a conglomeration, and that diversity is the real back story of rock ’n’ roll. Without any trouble at all, I was able to include people of all races in this book. I was able to show the melting pot in America, which came together to create this phenomenon.

“I was especially happy to be able to include so many women performers, because they never got their due,” he continues. “Which is why we don’t know who they are now. I love being able to illustrate how broad the music used to be, because now it’s so narrow and pigeonholed. It seems we’ve lost some of the breadth that used to be there.”