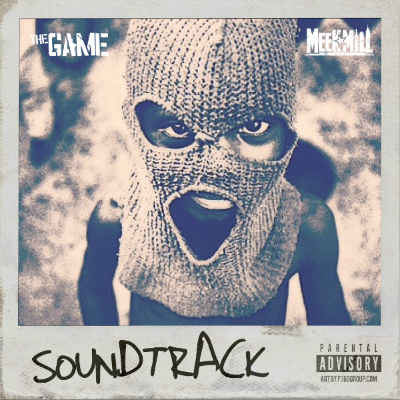 The first single from the album is “The Soundtrack,” featuring Meek Mill. Listen to it here. Purchase the single here.

Earlier this year, on January 18th, The Game celebrated the 10th anniversary of the release of The Documentary with a concert in his hometown of LA at the Belasco Theater. Game brought out surprise guests Dr. Dre (who produced the debut album), Kendrick Lamar, Tyga, Ab-Soul, ScHoolboy Q, O.T. Genasis and Marsha Ambrosius.

Game released Blood Moon: Year of the Wolf through eOne Music/ Blood Money Ent./Fifth Amendment Ent. in 2014, and the album debuted at #1 on the R&B / Hip Hop Chart, #2 on the Independent Chart, and #7 on the Billboard 200 chart upon its release.

Arguably, The Game has single-handedly revived the West Coast hip hop scene with his 2005 debut album. He continues to be one of hip hop’s true superstars, selling over 20 million albums worldwide. With his continued rivalries and infamous lyrics, Game is one of the most controversial figures in music.