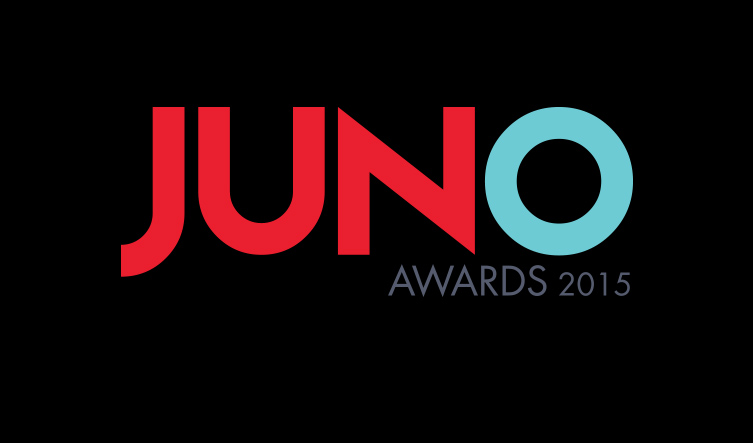 It was a star-studded night of musical celebrations as Canada’s top talent took to the red carpet and stage for Canada’s biggest night in music, THE 2015 JUNO AWARDS, on Sunday, March 15. CTV’s live broadcast from Hamilton’s FirstOntario Centre dazzled viewers with an all-star lineup of performances, special tributes to Canadian music legends, and the presentation of JUNO Awards in six categories.

Performer Kiesza was the weekend’s big winner, garnering a total of three JUNO Awards. Having already picked up two JUNO Awards at Saturday night’s JUNO Gala Dinner & Awards for Dance Recording of the Year and Video of The Year (Sponsored by MuchFACT, exclusively funded by Bell Media) for her chart-topping hit “Hideaway”, the electro-dance starlet added another statuette to her collection during the broadcast: the JUNO Award for Breakthrough Artist of the Year (sponsored by FACTOR, the Government of Canada, Radio Starmaker Fund and Canada’s Private Broadcasters). She also graced the stage for a dynamic mash-up performance of “Sound of A Woman” and “Hideaway.”

Saturday’s Breakthrough Group of the Year (sponsored by FACTOR, the Government of Canada, Radio Starmaker Fund and Canada’s Private Broadcasters) winners, Magic! were awarded Single of The Year Sunday for their hit “Rude”, while The Weeknd garnered the award for Artist of the Year during the broadcast, adding to his Gala night win for R&B/Soul Recording of the Year.

Arkells won Rock Album of the Year (Sponsored by SiriusXM Canada) for High Noon to top off their Saturday victory for Group of the Year. The band also took part in the broadcast with a unique performance of “Come to the Light” accompanied by Boris Brott and the National Academy Orchestra of Canada.

Hamilton rocked the nation during tonight’s live two-hour broadcast. The show opened with a surprise appearance by Prime Minister Stephen Harper, The Trailer Park Boys, and past JUNO AWARDS broadcast host, Michael Bublé. The broadcast boasted 11 unique performances including an explosive opening by Hedley and host Jacob Hoggard; a medley of his hit singles “Life of the Party” and “Something Big” by Shawn Mendes, in his JUNO Award debut; a show-stopping performance of single “Earned It” by 2015 JUNO Award winner The Weeknd, accompanied by co-writer and producer Stephan Moccio; a fun performance by 2015 Breakthrough Group of the Year, MAGIC!; Bobby Bazini, who charmed in his JUNO AWARDS performance debut; deadMau5, who was joined on-stage by singer Colleen D’Agostino for “Seeya”; Lights, who joined the Sam Roberts Band for their hit “We’re All In This Together”; and 2015 Canadian Music Hall of Fame inductee Alanis Morissette, who delighted fans with a medley of three songs from her seminal 1995 album Jagged Little Pill, including anthem “You Oughta Know”. Host Jacob Hoggard, who kept the energy high throughout the two-hour broadcast, closed the show with his version of Morissette’s “Thank You” on piano.