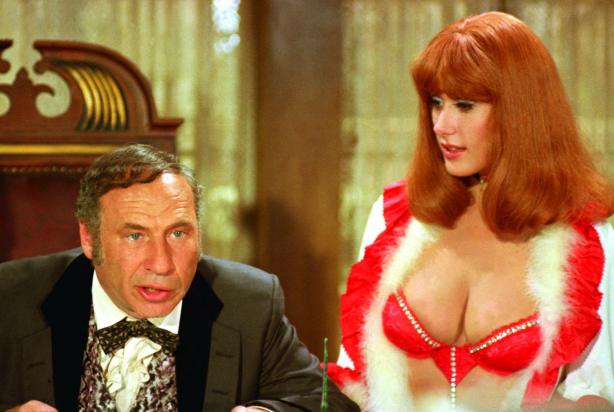 Mel Brooks was interviewed on April 15, 1975 during his visit to the UK to promote his film Young Frankenstein.

Fox-Rank film distributors assisted with clips from the film as well as from Blazing Saddles. Brooks explains that Westerns were a considerable part of his childhood, part of his “subliminal beginnings,” and he wanted to tell the truth about the wild west. Although he told the truth about cowboys eating beans, the one thing Brooks would not show was the little known fact that cowboys “do not make love to women in Westerns.”

“People say I am in questionable taste, you know what I mean? Well, I must tell you that I used the utmost discretion [and] I did not tell the whole truth about the Western, because they do not make love to women, you know that. They are very straight, very Christian and very with it, you know. They do make love to their horses. They do, they do. They don’t marry them, there is no formal ceremony, but they go off somewhere in the night with their horses.”