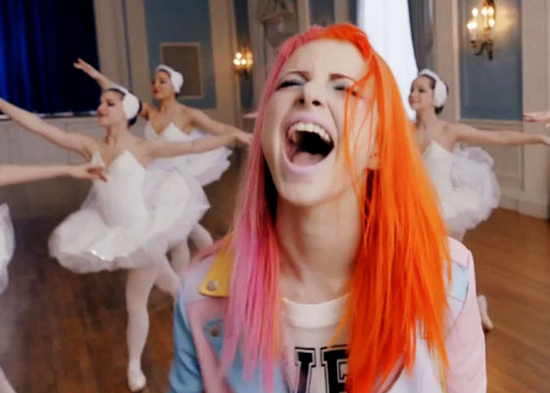 “Still Into You” was released in 2013 on Paramore’s fourth, self-titled album. The track rose to #24 on the Billboard Hot 100 chart, went platinum in the U.S. This video was recorded by lead singer Hayley Williams herself in the studio’s vocal booth while recording the track, giving some insight on the great facial expressions we don’t normally get a chance to see.