According to new RIAA stats, the retail value of the US industry fell under $7bn in the year, to $6.97bn. Although essentially flat, that’s less than half the pre-Napster industry high of $14.6 billion in 1999.

SoundExchange collections from streaming personalised radio services such as Sirius XM and Pandora, were up 31% to $773.4m.

The dominant format in the US continues to be downloads. In 2014, combined downloads of singles and albums took around $2.6 billion, down 8.5% on 2013. 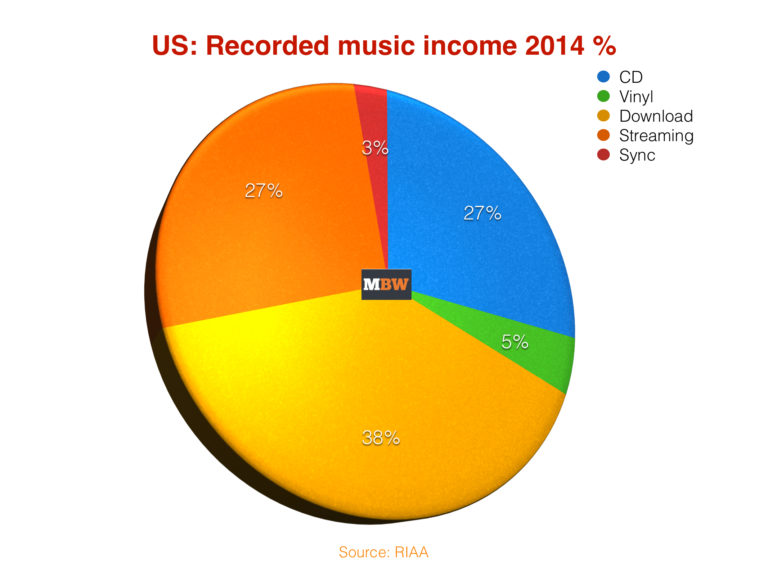 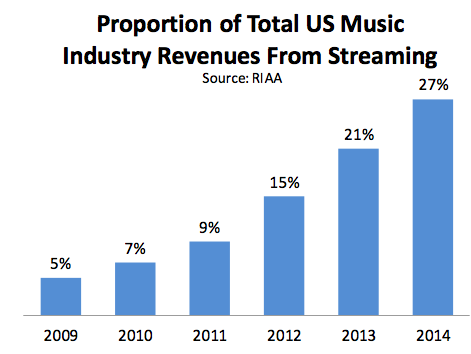 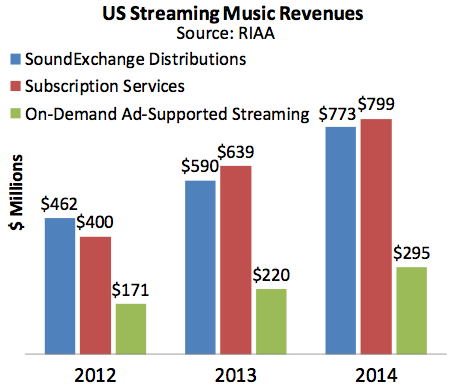 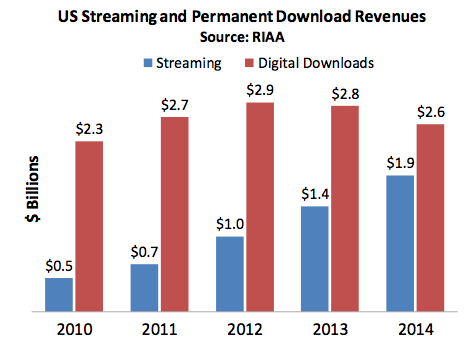