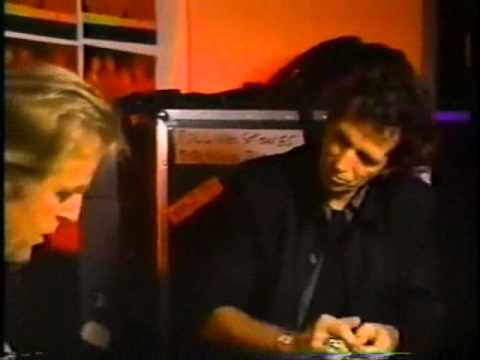 On 27 February 27, 1977, while Keith Richards was staying in a Toronto hotel, then known as the Harbour Castle Hilton on Queen’s Quay East, the Royal Canadian Mounted Police found heroin in his room and he was charged with “possession of heroin for the purpose of trafficking” – an offence that under the Criminal Code of Canada can result in prison sentences of seven years to life. His passport was confiscated and Richards and his family remained in Toronto until 1 April, when Richards was allowed to enter the United States on a medical visa for treatment for heroin addiction. The charge against him was later reduced to “simple possession of heroin”.

For the next two years, Richards lived under threat of criminal sanction. Throughout this period he remained active with the Rolling Stones, recording their biggest-selling studio album, Some Girls, and touring North America. Richards was tried in October 1978, pleading guilty to possession of heroin. He was given a suspended sentence and put on probation for one year, with orders to continue treatment for heroin addiction and to perform a benefit concert on behalf of the Canadian National Institute for the Blind after a blind fan testified on his behalf. Although the prosecution had filed an appeal of the sentence, Richards performed two CNIB benefit concerts at Oshawa Civic Auditorium on 22 April 1979; both shows featured the Rolling Stones and the New Barbarians. In September 1979 the Ontario Court of Appeal upheld the original sentence.