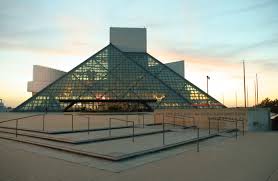 The Rock and Roll Hall of Fame and Museum will kick-off Cleveland Rock Week with a Celebration Day on Sat., Apr. 11, presented by PNC, and sponsored by the Cleveland Foundation, Cleveland Indians, Downtown Cleveland Alliance, George Gund Foundation and John P. Murphy Foundation.

In addition to free admission into the Museum, the celebration will include extended hours (9 a.m. until 7 p.m.), live music on two stages, curated Inductee films, classes about Cleveland’s rock and roll heritage and the 2015 Inductees, and much more. Visitors will also be the first to see the new 2015 Hall of Fame Inductee exhibit and the day’s festivities will culminate with the Rock N’ Blast fireworks show, presented by the Cleveland Indians and Downtown Cleveland Alliance, starting at 8 p.m. at Voinovich Park. The award-winning display will feature Inductee-inspired music and video synchronized to pyrotechnics, lasting approximately 25 minutes.

The Celebration Day is part of Cleveland Rock Week, a series of events leading up to the 30th annual Rock and Roll Hall of Fame Induction Ceremony, presented by Klipsch Audio, on Saturday, April 18 at Public Hall. Other events throughout the week include Rock My Soul: A Gospel Music Celebration at the State Theatre at Playhouse Square, a Sonic Sessions concert with Foxygen, Gallery Talks, Inductee cover bands around town, and the Induction Ceremony Simulcast. For more information and complete schedule of events, visit rockhall.com/events.

Concert film featuring footage from both of the legendary Stevie Ray Vaughan and Double Trouble performances at Austin City Limits in 1983 and 1989.

Join The Backbeats, the Museum’s Education Department band, which will play hits by Pharrell, Taylor Swift, Chuck Berry and more!

Listen to 2015 Inductee Lou Reed’s album in its entirety and then learn about the album’s creation.

Dig into the history and hits of the 2015 Inductees.

Explore the history of soul and rhythm and blues music in Cleveland, one of the cities that gave birth to rock and roll music.

Dig into the history and hits of the 2015 Inductees.

2009 documentary on the life and career of singer-songwriter and 2015 Rock and Roll Hall of Fame Inductee Bill Withers.

The Rock and Roll Hall of Fame and Museum’s mission is to engage, teach and inspire through the power of rock and roll. The institution carries out its mission by giving voice to the stories of the people, artifacts and events that shaped rock and roll — through Museum exhibits, materials in the Museum’s Library and Archives, traveling exhibitions, and a wide array of innovative educational programs and activities. The 150,000 square-foot Rock and Roll Hall of Fame and Museum, located in Cleveland’s rapidly developing North Coast Harbor, is home to major artifact collections, four state-of-the-art theaters, and year-round educational and concert programming.

The Museum is open seven days a week from 10 a.m. to 5:30 p.m. On Wednesdays (and Saturdays from Memorial Day through Labor Day), the Museum is open until 9 p.m. Museum admission is $22 for adults, $18 for adult residents of Greater Cleveland, $17 for seniors (65+), $13 for youth (9-12), children under 8 are free. A 6% Admission Tax that goes to support Cleveland Metropolitan Schools is added to each ticket at purchase. Museum Members are always admitted free, for information or to join the membership program call 216.515.8425. For general inquiries, please call 216.781.ROCK (7625) or visit http://www.rockhall.com.  The Ohio Arts Council supports the Rock and Roll Hall of Fame with state tax dollars to encourage economic growth, educational excellence and cultural enrichment for all Ohioans. The Museum is also generously funded by Cuyahoga County residents through Cuyahoga Arts and Culture.