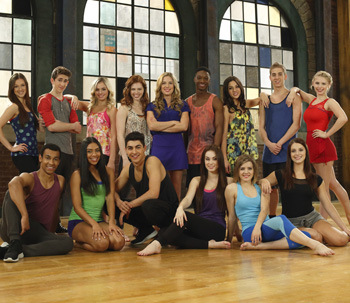 Following last week’s DHX Television rebranding announcement, which emphasizes a mandate to build on the success of the company’s strong original production slate, Family Channel has revealed its plans for a fourth season of the popular tween drama The Next Step. The commissioning decision for the series, which currently ranks as the #1 kids television series airing across all Canadian kids networks1, follows the mid-season finale of the third season and the conclusion of the sold-out two-month, cross-country The Next Step Live on Stage tour. Production on the season four order, from Temple Street Productions, is set to begin this summer in Toronto.

“With each new season, it’s remarkable to see the unwavering loyalty our viewers pledge to the series’ relatable characters, compelling storylines and extraordinary dancing. Plus, the opportunity to bring The Next Step to fans across Canada with the Live On Stage tour only further confirms just how well this series resonates with our audience,” said Michael Goldsmith, Director, Original Programming, DHX Television. “After watching The Next Step transform from a homegrown hit into a worldwide phenomenon, we are thrilled to work with Temple Street again to make more episodes of what has proudly become our flagship show.”

Since its premiere in March, season three of The Next Step drew in an impressive average audience of 281,400 viewers2, weeknights at 7:30 p.m. ET/PT, making it the #1 series across all specialty networks for the three weeks of premiere episodes, with its target demos of kids 7-11, 6-12 and kids 8-14.3 On average, 479,000 unique viewers tuned-in to The Next Step each weeknight, and the third season has reached over 1.8 million Canadians to date.4

“To get picked up for a fourth season is a milestone achievement and is a true testament to the quality of the series and we couldn’t be more proud of our team and the talented cast and crew,” said David Fortier and Ivan Schneeberg, Executive Producers and Co-Presidents of Temple Street Productions. “We’re looking forward to continuing this journey with creator, Frank van Keeken and Family Channel and to delivering more compelling episodes of The Next Step.”

The Next Step follows the lives of an elite group of dancers who train at The Next Step studio. The first half of season three saw the dancers compete against rival studio, Elite, and each other, in order to secure a spot on the Internationals team. Thursday night’s finale brought even more twists and turns as viewers were introduced to Ella (Ella Gilling), a mischievous exchange program dancer from England, and Amanda (Logan Fabbro) was sent packing. Episodes of The Next Step currently air Fridays at 7:30 p.m. ET/PT on Family.

Commissioned by Family Channel, The Next Step is produced by Temple Street Productions and is executive produced by Frank van Keeken (Wingin’ It, Kids in the Hall, Billable Hours), Ivan Schneeberg and David Fortier (Orphan Black, Being Erica, Wingin’ It). BBC Worldwide has acquired international distribution rights. The Next Step is also produced with financial assistance from The Shaw Rocket Fund.