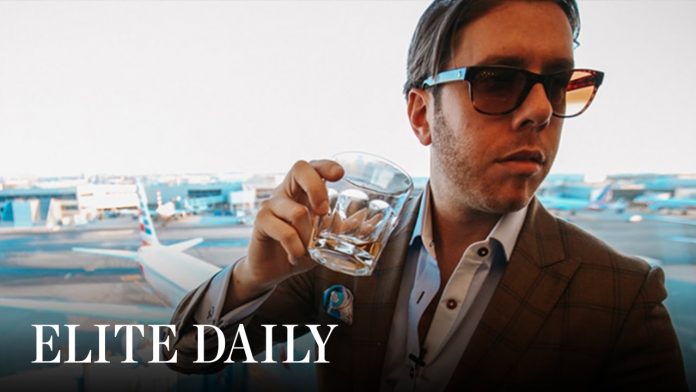 From humble beginnings in Scarsdale, New York, to the window seats of Gulfstream 550 jets, traveling in only the most luxurious circumstances – Justin Ross Lee is exactly who he thinks he is.

And what you think of him? Well, he doesn’t really care – as long as you don’t think of him as normal.

And, after familiarizing yourself with JRL even briefly, I promise you “normal” won’t be the first word to come to mind. “Pretentious” might be, but, frankly, Lee is fond of the word. In fact, he even named his own line of pocket squares “Pretentious Pocket,” as his own toast to the nomals.

You might have seen him before, probably on social media, where his Internet presence encroaches upon the size of his ego. I mean, take a look at his Instagram; it’s a storyboard for an Action Bronson verse. According to JRL, “If your life isn’t a postcard, it’s not worth the stamp.”

If you’re not familiar with his social media persona, then you may have seen him in the tabloids. He’s certainly no stranger to making news; in fact, a number of his celebrity spats have been publicized in the New York Times and New York Post.

Again, anything but normal.

In the words of JRL, “Normal is the ugliest word in the English language. Average is a close second.” For Lee, these words are synonymous with mediocrity, and those who simply accept mediocrity are schmucks – and fall in line to those who stand out. Literally speaking.

In this feature, Lee takes us to the airport, which doubles as his home office, and shows us a few “travel tips” in a way only JRL could — with style, arrogance and, well, hilarity.

While these tips might seem to be superficial or petty, if you look a little deeper, the “line” at the airport can be seen as a microcosm of life. A lot of times, those who wait stay waiting – while, those with the ambition and persistence to seek alternate routes to get ahead usually do.