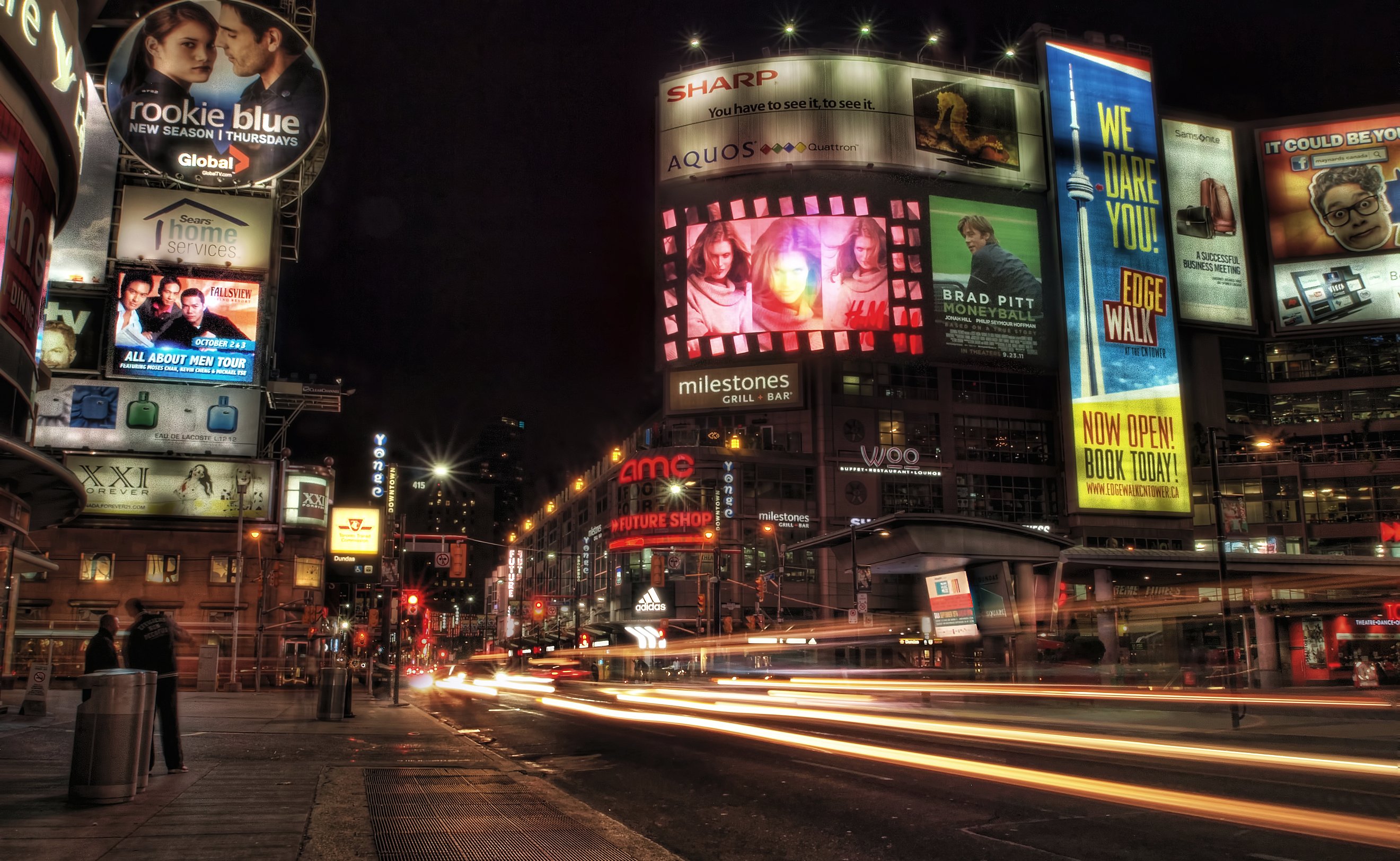 The sun is shining, the birds are singing, and Toronto’s favourite patio, YONGE-DUNDAS SQUARE (YDS), is embracing all things summer!  Partnering with neighbour Massey Hall for all YDS summer programming, the curated season boasts an eclectic and international line-up of musical acts and films to run from May 18 – October 12, 2015.

MINI Canada presents City Cinema: BUT CAN THEY ACT? Music Icons in Film for this year’s cult film series in the heart of the city, every Tuesday, June 16 – September 1 at sunset (approximately 9pm). Each City Cinema screening in the Square, will be preceded by a short concert film from the Live at Massey Hall film series—a series devoted to Canadian artists, which marries the thrill of live performance and the intimacy of behind-the-scenes access. The feature films include 8 Mile with Eminem, The Hunger with David Bowie, A Star is Born with Barbara Streisand, Be Kind Rewind with Mos Def, Dreamgirls with Beyonce, Viva Las Vegas with Elvis Presley, Dick Tracey with Madonna, The Wiz with Michael Jackson, Inside Llewyn Davis with Justin Timberlake, and Dancer in the Dark with Bjork.

And for those on the search for some respite from the hectic pace of life, YDS also transforms into a quiet oasis on scheduled fountain days. And there is always free WIFI for Canadian Virgin Mobile members. Simply select WIFI@YDS and enter your phone number to hop online.

Admission is FREE to all these events at YONGE-DUNDAS SQUARE presented by Virgin Mobile.

For more information and a full schedule of events, please visit YDSquare.ca