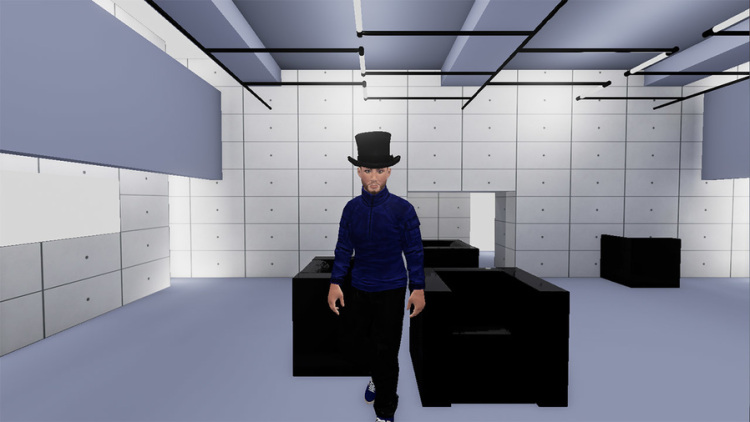 Jamiroquai Game is a surreal video game by Buncho Games that recreates the 1996 Jamiroquai music video for the song “Virtual Insanity”, complete with the trippy floor and moving sofa chairs. “Virtual Insanity” earned 10 nominations at the 1997 MTV Video Music Awards, winning four awards, including “Breakthrough Video” and the “Best Video of the Year.” In 2006, it was voted 9th by viewers in a poll on music videos that ‘broke the rules.’

Here’s a sneak preview of the game. Giant hat is not included.