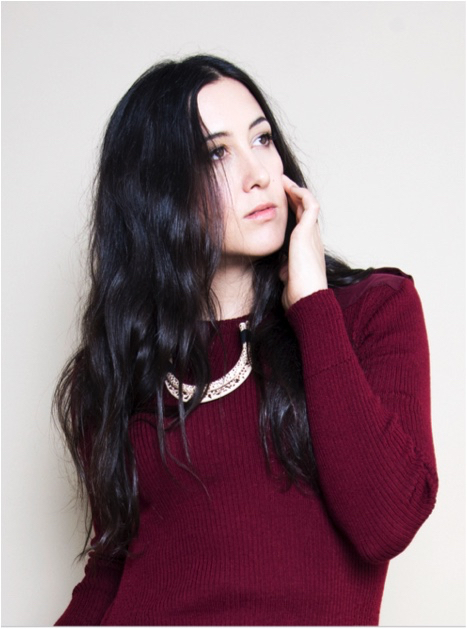 Vanessa Carlton (one of my personal faves and extremely fun person on Twitter) announces the release of her upcoming EP titled Blue Pool available July 24 via Dine Alone Records. The EP gives fans a first look at her upcoming full length album Liberman out this October. NYLON premiered the title track today along with the artwork and track listing HERE.

“This whole album is paired down and minimalist and this song is an example of how you can turn a traditional piano vocal song into something else,” says Vanessa. “Also I’m a big Philip Glass fan and I love how Steve Osborne (Liberman producer & mixer) was able to turn my swirly piano part at the end into this slippery sounding kaleidoscope.”

The EP features songs “Take It Easy” and “Blue Pool” which will be found on the upcoming album as well as live living room sessions of “Operator” and “Nothing Where Something Used To Be.” A complete catalog of the Living Room Sessions will be available on a deluxe version of the album in October.
These tracks reflect Vanessa’s current state of mind since moving from NYC to Nashville, marrying husband John McCauley (Deer Tick) and having a baby girl. The simple instrumentation mixed with her wistful vocals and poignant lyrics bring you into her world and showcase a new side to this accomplished songwriter.

Carlton also recently signed with Dine Alone Records joining the independent label’s roster of like-minded artists. She introduced her evolved sound to fans with the track “Young Heart” which marked the first new music release for Carlton on her new label, which you can watch HERE.

More details will be announced as they become available. For more information on tour dates, please visit vanessacarlton.com