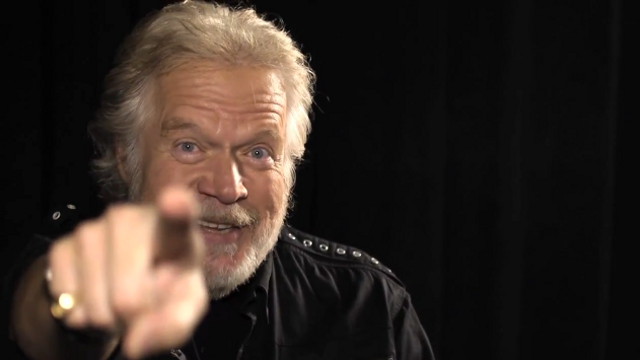 A Winnipeg-born songwriter who became a worldwide legend of rock; a music creator from Oshawa, Ontario, who was born to make one of the most famous songs in history; a post-punk native of St. Catharines, Ontario, who has fronted two of the biggest acts of the last decade; a quartet responsible for one of the world’s biggest songs from the last year; an icon of the Canadian music industry who has guided the careers of some of Canada’s greatest musicians.

On the night of June 22nd at the Westin Harbour Castle Hotel in Toronto, Canadian songwriting legend Randy Bachman, “Born To Be Wild” creator Mars Bonfire, Alexisonfire and City and Colour front-man Dallas Green, “Rude” writers MAGIC!, the legendary Bernie Finkelstein and many other songwriters, composers and music publishers will be honoured at the 2015 SOCAN Awards.

A member of the Canadian Songwriters Hall of Fame, Randy Bachman has won 11 JUNO Awards and dozen SOCAN Classics Awards. “Takin’ Care of Business” has been used in more than 12 movies, 24 TV shows and several dozen commercials, while “You Ain’t Seen Nothing Yet” went to No. 1 in 21 countries. Bachman has sold more than 40-million records, and is a deserving recipient of the SOCAN Lifetime Achievement Award.

With their song “Rude,” MAGIC! created one of the biggest global hits ever by a Canadian act. “Rude” spent six weeks at No. 1 on the Billboard Hot 100, and hit No. 1 on the charts in the U.K., and Top Three in Australia, New Zealand, Austria, Denmark and Sweden. Sales of “Rude” have been certified multiple platinum in Canada, the U.S. and Australia, and the song’s video has been viewed more than half a billion times on YouTube. MAGIC! are ideal recipients of the 2015 SOCAN International Achievement Award.

All four albums of Dallas Green’s City and Colour have earned either gold, platinum, or double-platinum certification for sales in Canada, and both Little Hell and The Hurry and the Harm also reached No. 1 on the Canadian album charts. At the JUNOs, Dallas Green has won Alternative Album of the Year, and Songwriter of the Year (twice). His duo with American superstar PiNK, “You + Me,” has seen their album rose ave. also reach certified gold Canadian sales. Dallas Green will receive the SOCAN National Achievement Award.

Mars Bonfire wrote “Born to Be Wild,” which reached iconic status after being included in the movie Easy Rider. Since then, it’s appeared in many films and TV shows and has been licensed close to 1,000 times, and has been covered at least 100 times by everyone from Bruce Springsteen to Slayer to Etta James to Miss Piggy. For writing a song that is credited with coining the term “heavy metal” and has permeated Western culture for close to a half-century Mars Bonfire will receive the inaugural SOCAN Cultural Impact Award.

In his 45-year career, Bernie Finkelstein has been a music publisher, artist manager, record company owner and concert promoter. His True North Records label released more than 550 albums during his tenure, and earned more than 40 gold and platinum records, and more than 40 JUNO Awards. Finkelstein was inducted into the Canadian Music Industry Hall of Fame in 2003, and the Order of Canada in 2007. For his contributions to the growth of the Canadian music industry, Bernie Finkelstein will receive the SOCAN Special Achievement Award.

“We’re proud to recognize such a wide range of brilliant songwriters, music publishers and audio-visual composers and such exceptional music industry legends, with SOCAN Achievement Awards,” said Eric Baptiste, CEO of SOCAN. “Each of these people provides living proof of just how strong the state of Canadian songwriting, and the Canadian music industry, really are. Every one of them has earned the honour they’re receiving on June 22nd.”

Achievement Award winners will receive “The SOCAN” – the world’s first and only music industry trophy that’s also a musical instrument, incorporating five custom bronze crotales – tuned by Randy Bachman himself to the first few notes in the chorus of his own “Takin’ Care of Business.”

The full list of this year’s SOCAN Award winners will be announced on June 22, 2015.