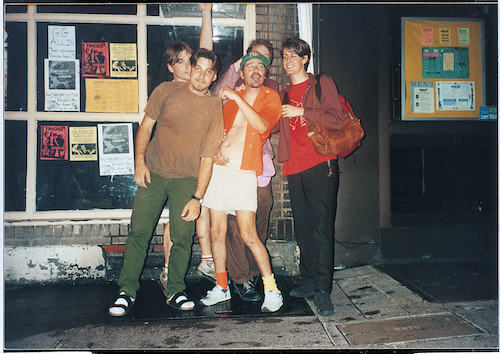 On August 11, Matador Records will release The Secret History Vol. 1, the first of five compilations in a new series of Pavement rarities. The 30 tracks, 25 of which will be available on vinyl for the first time ever, include b-sides, unreleased session tracks, John Peel sessions, and a 1992 live concert from the Slanted and Enchanted era (1990-1992). The deluxe double LP contains essays by Stephen Malkmus and Spiral Stairs, plus essays from Matador Records, Billions Corporation, and Drag City bosses, and a gorgeous gatefold designed by Rob Carmichael (Animal Collective, Dirty Projectors).
The strangest thing about Pavement? Not that there were ever many non-strange things about Pavement? Even though they made their era’s finest rock albums, the albums only told half their story. Pavement also made some of the Nineties’ best albums that never happened. Until now.

Every proper Pavement album, from the out-of-nowhere debut Slanted and Enchanted to the summer-upper Terror Twilight, was accompanied by a flurry of slay tracks and stray slack—songs that got scattered on B-sides, EPs, compilations, radio sessions. But Pavement were too busy writing and recording great songs to worry about where to stash them, and they moved too fast to leave a tidy trail. So they left these songs off their albums. Some never got released at all.

Pavement made five proper album-as-albums: Slanted and Enchanted (1992), Crooked Rain, Crooked Rain (1994), Wowee Zowee (1995), Brighten The Corners (1997) and Terror Twilight (1999). Each has its own sound. Each has its own legend. But each of their official albums has a shadow album—and it’s usually as strong as the album that actually did come out. It’s time for the world to hear the albums Pavement could have made, if they’d been a little less ambitious about music and a little more ambitious about the music business. If they’d been the kind of band to sweat the legacy. But if they were that kind of band, would they have written so many great songs? Much less these great songs? No.

Matador is finally releasing a series of these shadow albums. The first, naturally, is The Secret History, Vol. 1, collecting the songs that got away during the era of Slanted and Enchanted, which Stephen Malkmus, Scott Kannberg and Gary Young recorded on the cheaper-than-cheap in January 1991. The Secret History, Vol. 1 collects gems from Peel Sessions (“Kentucky Cocktail,” “Circa 1762”) and seven-inches (“Baptist Blacktick”) as well as live slop from the first European tours, with Mark Ibold and Bob Nastanovich in the fold. Some are outtakes from Slanted—imagine leaving these tunes off your first album, when as far as you know or imagine, it’s your only album. These tracks (some of which had never been rumored among Pavement freaks) came out on the 2002 Slanted and Enchanted: Luxe & Reduxe double CD reissue. But they’ve never been separately available as an album in their own right, and many of them have never been on vinyl before. 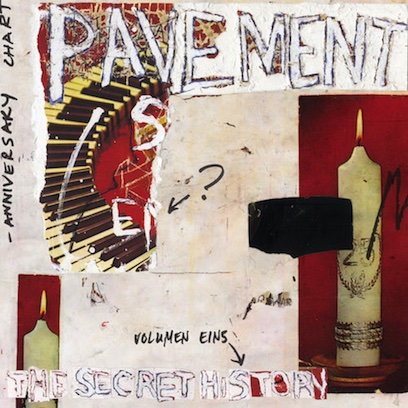