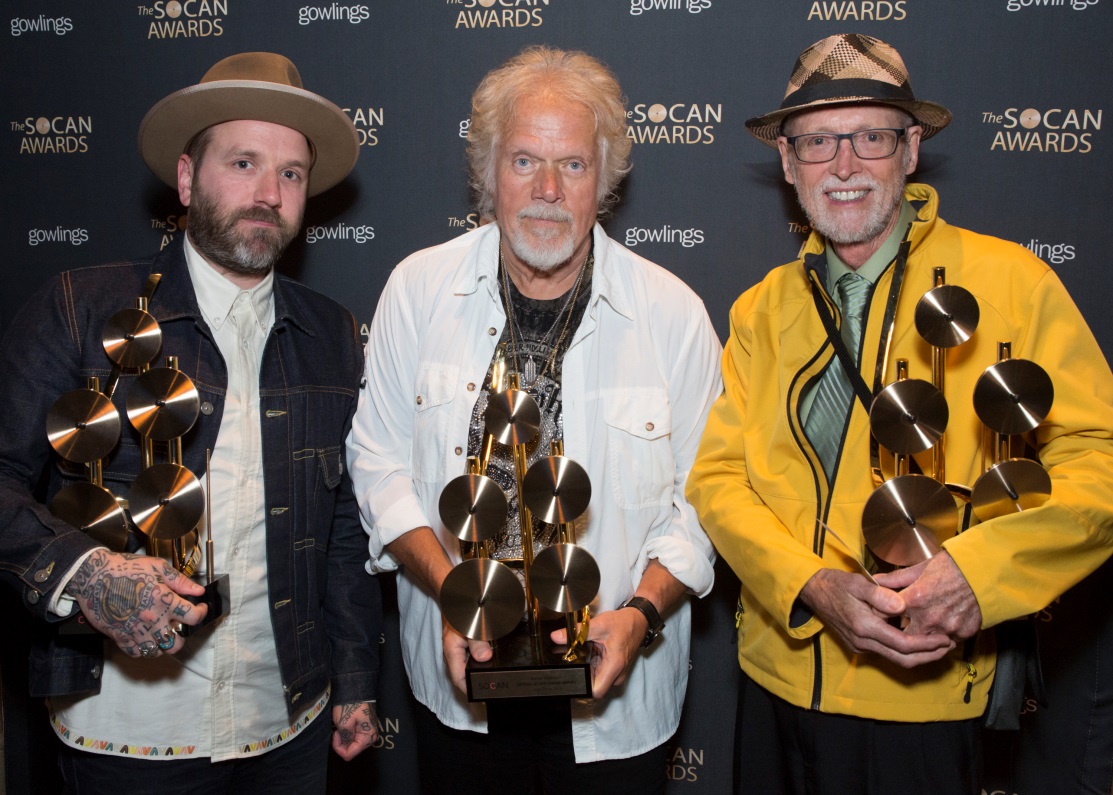 A who’s who of the Canadian music industry gathered last night in Toronto to honour Canada’s most talented “Born to Be” songwriters, composers, lyricists and music publishers at the 26th SOCAN Awards.

SOCAN is a member-based organization that represents the Canadian performing rights of more than four-million Canadian and international music creators and publishers. SOCAN is proud to play a leading role in supporting the long-term success of its more than 130,000 Canadian members, and the Canadian music industry overall. SOCAN licenses more than 125,000 businesses in Canada, and distributes royalties to its members and music rights organizations around the world. SOCAN also distributes royalties to its members for the use of their music internationally in collaboration with its peer societies.

“Canadian-made music is essential to Canada’s culture, pride and economy,” said SOCAN CEO Eric Baptiste. “SOCAN’s members are creating music that reaches millions of people at home, and touches hearts and minds worldwide. And our music publisher members are crucial to bringing those songs to the marketplace to expand the reach of great Canadian music around the country, the continent and the world.”

SOCAN will also recognize outstanding Francophone music creators and publishers at an awards gala in October 2015 at Métropolis in the heart of Montreal.