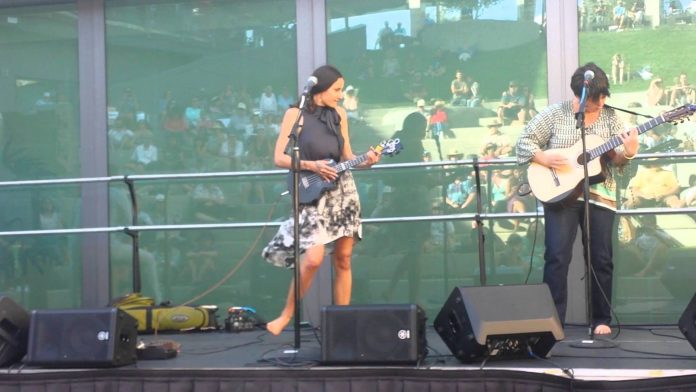 Taimane Gardner absolutely shreds on a ukelele. At the age of five, Taimane picked up her first ukulele and began her future in performing. Playing on the streets of Waikiki with the beach boys, Taimane was discovered by legendary crooner, Don Ho and became a featured performer in his show. From there, her popularity grew and Taimane has performed around the world. She has played privately for John Travolta, Steven Seagal, George Clooney, and has opened for Earth Wind and Fire, Chicago, Jimmy Buffett, Chris Isaak, and many more.