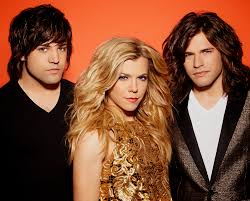 ISC gives away more than $150,000 in cash and prizes (shared among 68 winners) including an overall Grand Prize consisting of $25,000 (US) cash and $30,000 in merchandise and services. In addition to prizes, winners gain recognition, press, kudos, and more career opportunities. Open to both amateur and professional songwriters, ISC offers 22 categories to enter, representing all genres of popular music. More information on entering ISC can be found athttp://www.songwritingcompetition.com.

Last year’s ISC Grand Prize winner, Australian singer/songwriter Vance Joy, was honoured for his memorable hit song, “Riptide.” The winning song “Riptide” turned out to be the song that launched Joy’s career worldwide and has since become a classic. He is currently on a six-month tour supporting Taylor Swift.

Joy is one of many winners who have included artists such as Bastille; Gotye; Lindsey Stirling; Kimbra; The Band Perry; Andrew Bird; Passenger; Gin Wigmore; Missy Higgins; King Charles; For King And Country; and more.