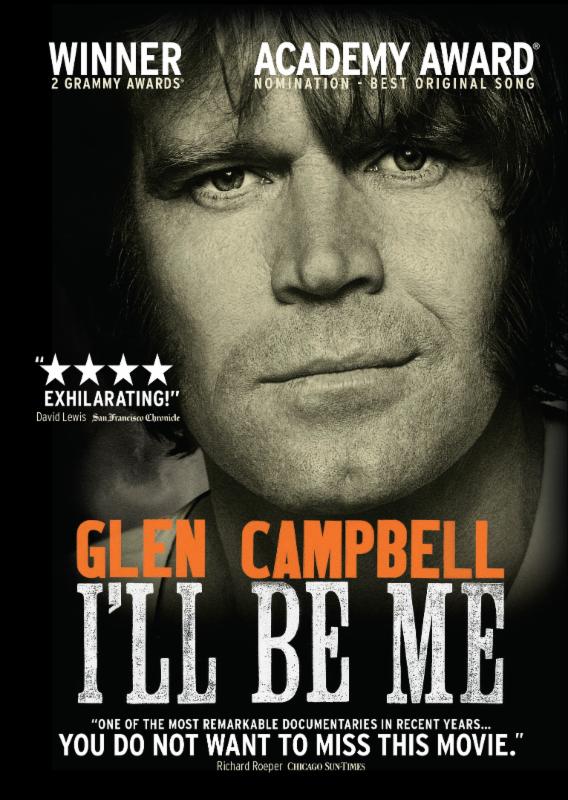 Virgil Films announces the VOD and DVD release of Glen Campbell… I’ll Be Me, a new documentary film about the country/pop superstar produced and directed by filmmaker James Keach (Walk the Line). The film, which will aired on CNN on June 28th, became the most-watched CNN Films broadcast in the franchise’s history with over 2.76 million viewers on the night of its premiere. Glen Campbell… I’ll Be Me will be available on digital platforms (EST) on August 18th followed by a DVD and VOD release on September 1st.

Glen Campbell… I’ll Be Me was directed by James Keach (producer of Walk the Line) and produced by Trevor Albert (producer of Groundhog Day) and Keach. Keach and Albert also collaborated on the award winning film, Waiting for Forever.

“The making of this film has been an exhilarating, joyous and inspiring ride. I attribute that entirely to the heroic spirit of Glen Campbell and his extraordinary family,” said producer Trevor Albert.

In 2011, music legend Glen Campbell set out on an unprecedented tour across America. They thought it would last 5 weeks, instead it went for 151 spectacular sold out shows over a triumphant year and a half across America.

What made this tour extraordinary was that Glen had recently been diagnosed with Alzheimer’s disease. He was told to hang up his guitar and prepare for the inevitable. Instead, Glen and his wife went public with his diagnosis and announced that he and his family would set out on a “Goodbye Tour.”

The film documents this amazing journey as he and his family attempt to navigate the wildly unpredictable nature of Glen’s progressing disease using love, laughter and music as their medicine of choice. Special appearances include Bruce Springsteen, The Edge, Paul McCartney, Blake Shelton, Sheryl Crow, Keith Urban, Brad Paisley, Taylor Swift, Steve Martin, Chad Smith and Bill Clinton among many others.

“We are honored to bring this portrait of Glen Campbell to American audiences,” said said Joe Amodei of Virgil Films. “This great entertainer and his indelible music have been a part of so many lives for decades, we look forward to reminding everyone of what’s so special about him.”

Keach added “the legacy Glen Campbell and his incredibly courageous family share in this film is one of the most important movies I have been blessed to have worked on. Glen Campbell…I’ll Be Me will forever inspire me as a filmmaker and a man. Glen is a real life hero on and off the stage.”