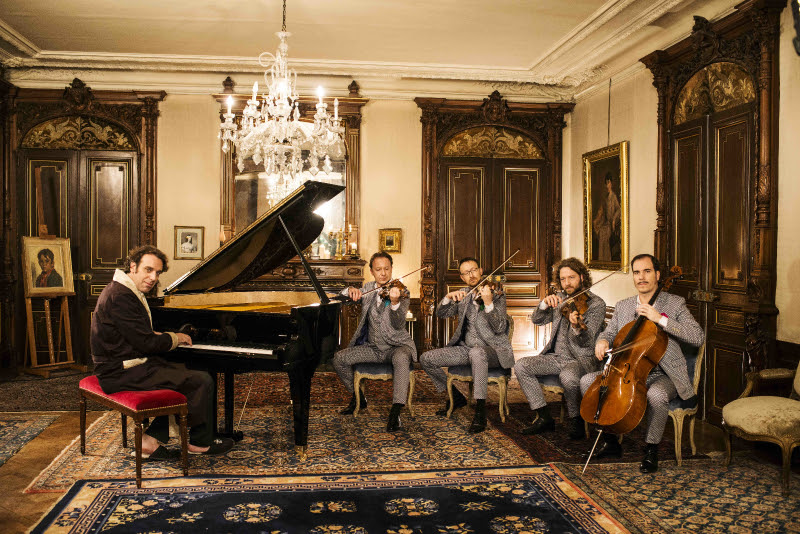 Chilly Gonzales takes over CBC Music beginning today. Teaming up with Canada’s national broadcaster, the Grammy award-winning musician and composer launches the first of three brand new video masterclasses. This time, the popular series takes a Canadian turn “In the Key of Eh.” The first video looks at moving musical motifs in Leonard Cohen’s “Hey That’s No Way To Say Goodbye” alongside Drake’s “Marvin’s Room” and Feist’s “My Room, My Man” all while referencing Shania Twain, Bach and more. The second in the series (landing August 5th) tackles home and away keys using Bryan Adams’ “Summer of 69” as a centre point and reaching as far as homegrown rapper Maestro Fresh Wes’ “Let Your Backbone Slide”. Finally, in the third video of the Canadian masterclass series (landing August 10th) Chilly Gonzales takes a look at the falling fifth of “O Canada” musing and comparing the Canadian Anthem with the American national anthem as well as nodding to tunes by Gowan and Mitsou. He gives the last word to Joni Mitchell. Watch the first of the new masterclass series here: http://goo.gl/nNdfmX

The takeover continues with a journey into the musical influences of Chilly Gonzales via a YouTube playlist which includes everything from A$AP Rocky to Beethoven via Gershwin and Glenn Gould. An Instagram takeover of @cbc_music reveals scenes from as far back as the early 2000’s showing how Chilly Gonzales prepared and became the virtuostic pianist and entertainer selling out European philharmonic halls.

Currently finishing up four months of sold out shows in North America and Europe in support of Chambers, Chilly Gonzales & Kaiser Quartett recently announced their first show at Massey Hall in Toronto on Friday, February 5, 2016 and at Salle Wilfred Pelletier at Place des Arts in Montreal on Monday, February 8, 2016.

Since the release of Solo Piano II, Chilly Gonzales composed the best-selling book of easy piano pieces Re-Introduction Etudes, produced and released Octave Minds, the piano-meets-electronica album with Boys Noize and, most importantly, devoted himself to finding a modern take on chamber music.

Known equally for his intimate piano touch as for his showmanship, “Gonzo” aims to be a man of his time, approaching the piano with classical and jazz training but with the attitude of a rapper.

Chilly Gonzales holds the Guinness world record for the longest solo concert at over 27 hours. He performs and writes songs with Jarvis Cocker, Feist and Drake, among others. In 2014 he won a Grammy for his collaboration on Daft Punk’s Best Album of the Year. With “Never Stop”, Chilly Gonzales composed a global hit for the inaugural Apple iPad campaign.