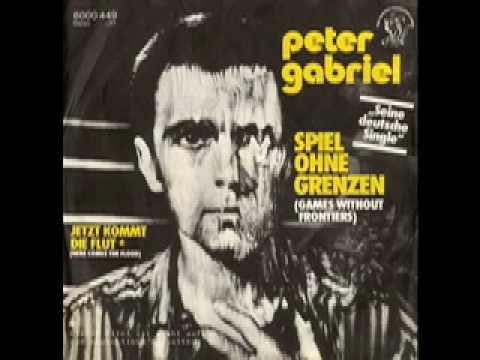 In the early ’80s Peter Gabriel wrote to the heads of his various labels around Europe and offered to re-record his vocals in their native tongue. However, only one nation replied: Germany.

The German version of PG 3 (‘Melt’), set to be reissued on vinyl on October 2, along with Peter Gabriel’s first four solo albums. Hence full German versions of his third and fourth solo albums – 1980’s PG 3 (aka ‘Melt’) and 1982’s PG 4 (aka ‘Security’) – were created of Gabriel’s classic Games Without Frontiers, re-recorded as Spiel Ohne Grenzen.

The translated editions are being released on vinyl for the first time alongside solo albums PG1-4, which will be released on limited edition, gatefold vinyl on October 2.

“I wrote to the French, Italian, German and Spanish labels, saying I wanted to experiment creating a version of my album in another language. The only label to show any interest was the German, hence the choice,” Gabriel tells MOJO of his language experiments.

“It also gave me a chance to try new mixing and remixing approaches, with some new overdubs and to take another look at the lyrics through the process of translation with Horst Konigstein, with whom I spent a long time going through layers of meaning in the new language. I also insisted on having the German lyrics independently translated back to English.”