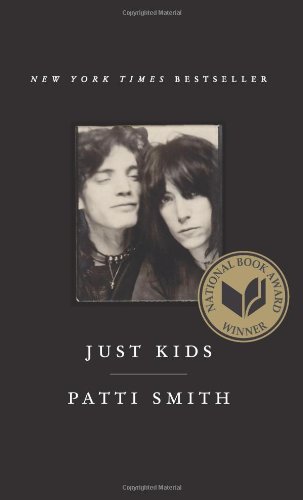 Patti Smith’s much sought after memoir, Just Kids, has landed at Showtime. Co-written and produced by Patti Smith and three-time Academy Award nominee John Logan, the memoir will be developed into a Showtime limited series, to be produced with Logan’s Desert Wolf Productions.

“Just Kids is one of my favorite memoirs of all time,” said David Nevins, President of Showtime Networks Inc. “Not only is it a fascinating portrait of artists coming of age, but it’s also an inspiring story of friendship, love and endurance. I’m so thrilled that Patti Smith will bring her unique voice to writing the scripts along with the gifted John Logan, who has been doing such a phenomenal job with Penny Dreadful for us.”

“A limited series on Showtime will allow us to explore the characters more deeply, enabling us to develop stories beyond the book and allow a measure of unorthodox presentation,” says Smith. “The medium of a television limited series offers narrative freedom and a chance to expand upon the themes of the book.”