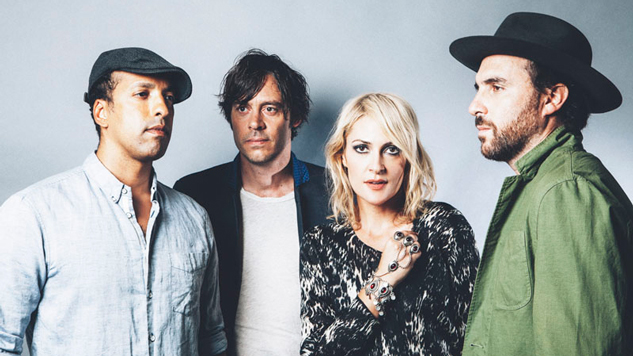 Paste: Is that openness to instinct something that’s always been there for you guys, or has it been more along the lines of a learning process to get there?
Emily Haines: Well, I haven’t ever been good at doing something that I don’t want to do. There’s not necessarily a set list of rules, or a technique rather, in the band. If I can’t sing the vocals for example, it means that it’s something that I don’t feel. It has nothing to do with the notes. So it’s nice to have this built-in sort of threshold. It’s an odd thing to navigate. You push yourself to do something that hasn’t been done, which I definitely did on this record, feeling more as though it was about what does the song want than what’s the predetermined identity of who I’m supposed to be in this project. But, I don’t know, like I said, I don’t really know what I’m doing, except that I know when it feels right, and when I’m excited about it. It’s the same for Jimmy and the guys, and it’s a pretty abstract measure, but it’s the only way that we’ve ever done anything and it hasn’t ever failed us—yet.