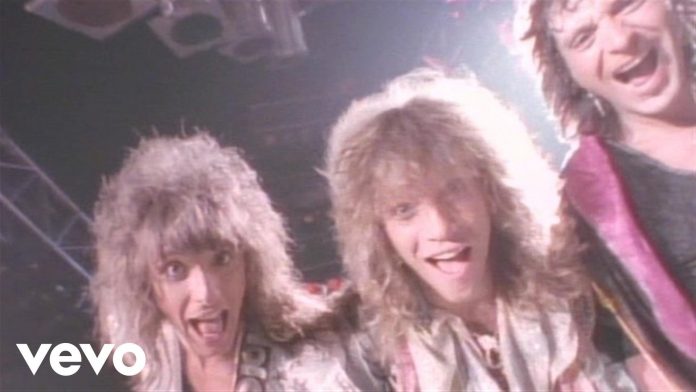 Not be confused with “Shot Through the Heart”, an unrelated song from Bon Jovi’s 1984 self-titled debut album, “You Give Love a Bad Name” was a monster hit, the first single from their 1986 album Slippery When Wet. Written by Jon Bon Jovi, Richie Sambora and Desmond Child about a woman who has jilted her lover, the song reached No. 1 on the U.S. Billboard Hot 100 on November 29, 1986 to become the band’s first number one hit. In 2007, the song reentered the charts at No. 29 after Blake Lewis performed it on American Idol. In 2009 it was named the 20th greatest hard rock song of all time by VH1.