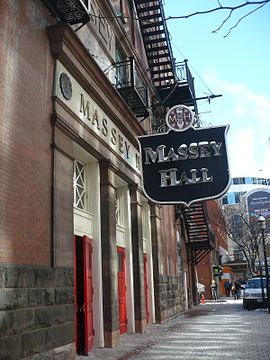 There are all kinds of theories about what makes a room sound good. One of the leading researchers in the field compares concert hall acoustics to tasting wine: some characteristics are easyily classifiable, but perception and taste are part of the equation, too. Another has suggested that understanding the way sound reflects in a room, not the shape of it, is the critical component to good concert hall design.

But the craziest theory comes from a researcher named Zackery Belanger. He thinks that acoustics is primarily a geometric problem, a theory so radical that he was forced out of his Ph.D. program because his advisor disagreed with it.

“Most people think you just do some computer simulations and out comes the answer,” he told me. “It’s as if we started off with a plane that flew really well and we didn’t understand the science beneath it.”

Right now, the main way places like concert halls are studied is by measuring decays in sound. Researchers play a test sound from a stage and then place microphones around a room to try and understand what happens to the sound when it travels.

Belanger thinks that’s all wrong. He believes that it may be possible to predict almost everything about the way a room will sound by how much its surface area deviates from the surface area of a perfect sphere, like Boston’s Mapparium. The idea here is that the total surface area of a room is more important to the way sound waves bounce around it than any particular characteristic on its own. So you can swap out chairs or carpeting or puffy jackets and it doesn’t really matter so long as it all adds up to the right number.