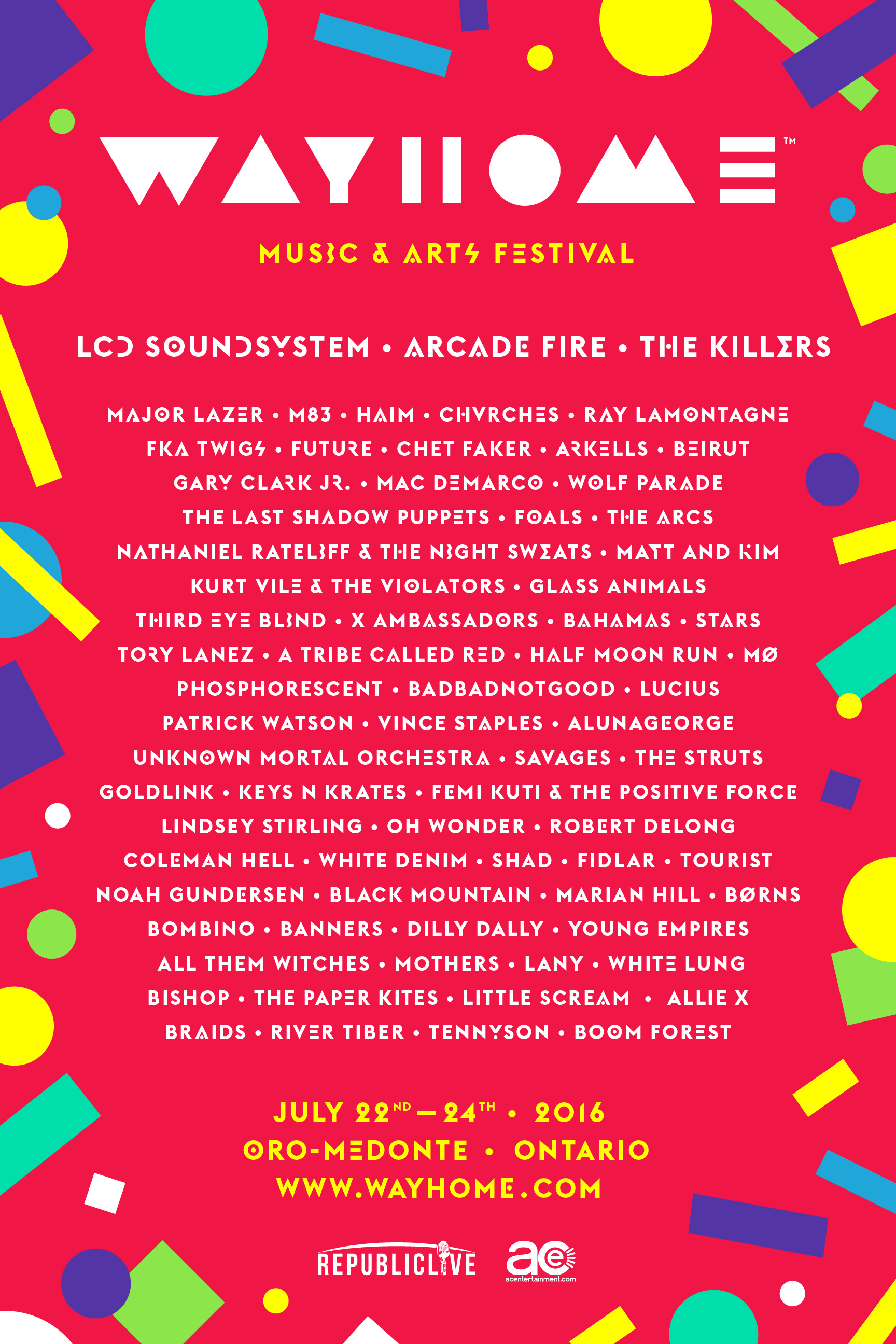 “As a dynamic music and arts festival we are very excited to share our lineup today and would like to thank our talent booking partners, AC Entertainment, for creating such a rich, deep lineup that offers so many exciting acts for music lovers of all genres,” said Ryan Howes, festival producer, WayHome Music and Arts. “To have LCD Soundsystem, Arcade Fire and The Killers offers great diversity in our headliner sets from our WayHome stage, and we’re excited to see the live performances from all these talented musicians across our festival with performances at our WayBright stage, electrifying sets under our tent stage at WayBold and intimate shows in the forest at WayAway.  We have some very exciting plans on-site for this year’s festival as well and we can’t wait to have our fans join us at Burl’s Creek this summer.”