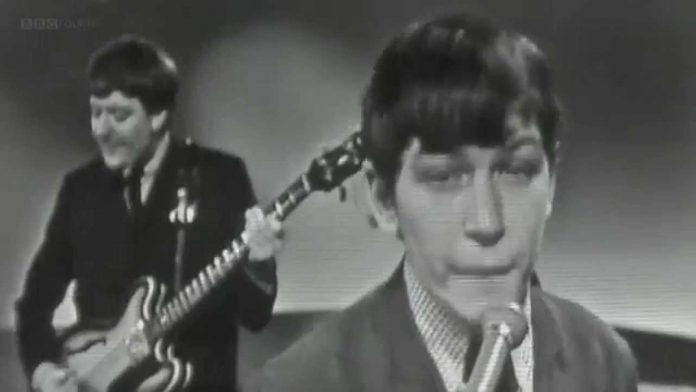 Like many classic folk ballads, the authorship of “The House of the Rising Sun” is uncertain. Musicologists say that it is based on the tradition of broadside ballads such as The Unfortunate Rake of the 18th century, and that English emigrants took the song to America where it was adapted to its later New Orleans setting. There is also a mention of a house-like pub called the “Rising Sun” in the classic Black Beauty published in 1877, set in London, England, which may have influenced the title.

The oldest known existing recording is by Appalachian artists Clarence “Tom” Ashley and Gwen Foster, who recorded it for Vocalion Records in 1934. Ashley said he had learned it from his grandfather, Enoch Ashley….

An interview with Eric Burdon revealed that he first heard the song in a club in Newcastle, England, where it was sung by the Northumbrian folk singer Johnny Handle. The Animals were on tour with Chuck Berry and chose it because they wanted something distinctive to sing. This interview refutes assertions that the inspiration for their arrangement came from Bob Dylan. The band enjoyed a huge hit with the song, much to Dylan’s chagrin when his version was referred to as a cover. The irony of this was not lost on Dave Van Ronk, who said the whole issue was a “tempest in a teapot,” and that Dylan stopped playing the song after The Animals’ hit because fans accused Dylan of plagiarism. Dylan has said he first heard The Animals’ version on his car radio and “jumped out of his car seat” because he liked it so much.