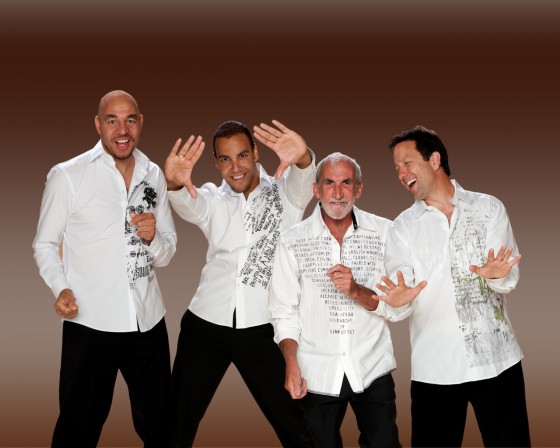 After more than 35 years circling the globe, the curtain is coming down on the touring chapter of The Nylons’ illustrious and legendary career. Beginning in spring 2016, the iconic Canadian a cappella legends will embark on a year-long series of farewell shows to say goodbye to the dedicated fans who have supported and embraced them over the years.

“We are looking forward to the upcoming farewell shows – and we are going to make the most of them,” says Claude Morrison, who founded the seven-time gold-and platinum-record-selling group in Toronto in 1978. “This will be a celebration and we will go out with a bang.”

In addition to Morrison (tenor), current Nylons members are Garth Mosbaugh (tenor/baritone), Gavin Hope (baritone/tenor/bass) and Tyrone Gabriel (bass/baritone). The Nylons will perform farewell shows throughout Canada and the USA through the end of 2016, followed by a tour of Holland in early 2017.