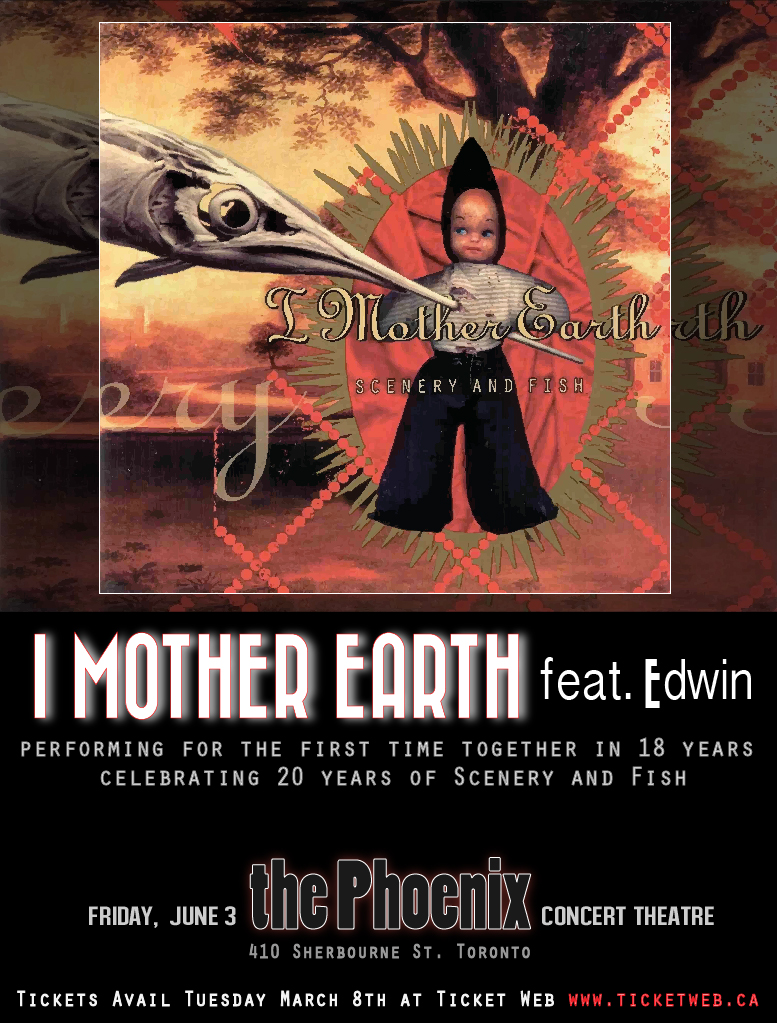 When I Mother Earth ended their 8 Year Hiatus in March of 2012 they did so by putting a countdown clock on their website that expired just in time for the band to perform 2 sold out shows at Toronto’s Sound Academy. This time the band is turning the clock backwards…20 years back to be exact! On Friday, June 3, The Phoenix Concert Theatre will play host to the first appearance by the band with original vocalist Edwin after more than 18 years. The band will perform their critically acclaimed 2X Platinum album Scenery and Fish in it’s entirety as well as other fan favourites.

“We really wanted Edwin involved in revisiting Scenery and Fish this year, and we knew that some of the ideas we had would naturally benefit from having input from the people who were involved in our world at that specific time,” says band co-founder and guitarist Jag Tanna. “I initially reached out to Edwin just to see if he had any interest in being involved in a ‘Making Of…’ documentary. Well, the concept grew and here we are. This is really special for us. We haven’t performed together in 18 years, so this will be fun for the fans that have supported us since the beginning “

IME certainly has no shortage of concepts and ideas to commemorate 20 Years of Scenery and Fish throughout the remainder of 2016. Festival appearances, special releases, and “Evening with…” style performances featuring Edwin are currently being confirmed nationally. With IME’s current vocalist Brian Byrne pursuing other projects including a new radio gig, the timing seemed perfect for IME to explore new opportunities around such a formative release for the band. “We are very supportive of Brian pursuing a dream of his, while we embark on this very exciting journey to revisit an amazing time in our IME history,” says Christian Tanna, co-founder and drummer. “This will be a huge rush. We really can’t wait to share this with our fans!”

For more information on upcoming national tour dates, special releases, and how this reunion came to be, check out Jags “OPEN MOUTH” Blog on IME’s website.