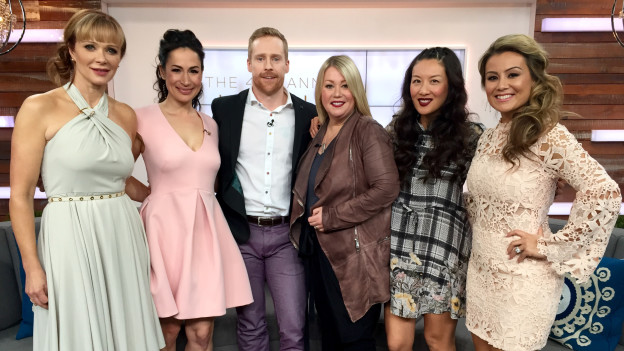 Jann and Jon take on the JUNOS! As announced live on CTV’s THE SOCIAL today, CTV and The Canadian Academy of Recording Arts and Sciences (CARAS) confirm that Calgary native and JUNO Award winner Jann Arden and THE AMAZING RACE CANADA host and Olympic Gold Medallist Jon Montgomery are set to take the stage as the co-hosts for CTV’s broadcast of THE 2016 JUNO AWARDS, Sunday, April 3 at 7 p.m. ET.

Bringing a mix of wit and their renowned energy to THE 2016 JUNO AWARDS stage, Arden and Montgomery play host to an impressive list of performers, including Alessia Cara, Bryan Adams, Dean Brody, Shawn Mendes, and The Weeknd. With exactly one month to go before the big show, more talent announcements will be made in the coming weeks.

A beloved Canadian artist, Arden hosts the JUNO Awards for the second time, after previously taking the reins in Hamilton in 1997. In her career to-date she has received eight JUNO Awards including Female Artist of the Year and Songwriter of the Year, and is a nominee this year for Adult Contemporary Album of the Year for A Jann Arden Christmas.
A seasoned and charismatic host, Jon Montgomery is no stranger to the JUNO Awards, appearing in 2010 as a presenter after becoming a Canadian household name when he defied the odds, and nabbed Gold for the men’s skeleton race at the 2010 Vancouver Olympics. Now, he’s known to millions of Canadians as the host of the most-watched television program in the country, THE AMAZING RACE CANADA.

“I hosted the JUNO Awards almost 20 years ago and I am completely thrilled, shocked, elated and excited to be doing it again with Jon!” said Jann Arden. “It’s an honour to be a part of this year’s celebration of the best of Canadian music in my home town.”

“Being asked to assist Jann Arden with hosting the JUNOS is a bit sad actually…because when it’s over, then what?” said Jon Montgomery. “I might as well pack it in, because nothing could ever be cooler than this opportunity.”

“Jann and Jon are going to knockout JUNO viewers and the crowd in Calgary with their charisma, comedy, and great sense of fun,” said John Brunton, Executive Producer, THE 2016 JUNO AWARDS. “This year’s show is shaping up to be a memorable night in Canadian music!”

THE 2016 JUNO AWARDS airs live from Calgary on CTV and CTV GO at 7 p.m. ET/8 p.m. AT. Check local listings to confirm broadcast times and stations.