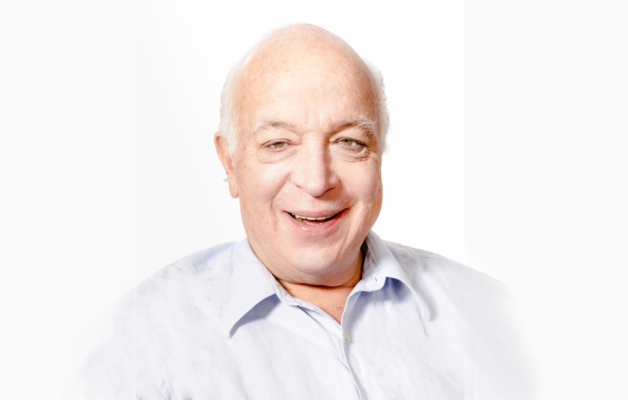 eymour Stein, co-founder and chairman of Sire Records, will be the 2016 recipient of the prestigious Howie Richmond Hitmaker Award at the Annual Induction and Awards Dinner slated for Thursday, June 9th at the Marriott Marquis Hotel in New York City.

The Howie Richmond Hitmaker Award, named after one of the SHOF’s distinguished founders, is specifically tailored for an artist or “star maker” in the music industry who has been responsible for a substantial number of hit songs for an extended period, and most importantly, recognizes the genuine significance of the song and songwriter. Previous Hitmaker Award honorees have included Clive Davis, Phil Ramone, Whitney Houston, Diana Ross, Doug Morris, Gloria Estefan, Garth Brooks and Sir Tom Jones.

“Seymour Stein is one of the last of the ‘old school record men,’” said SHOF Co-Chairs Kenneth Gamble and Leon Huff. “His longstanding success has been based on his innate ability to anticipate the next musical wave and in signing its brightest lights. As a firm believer that ‘it all begins with a song,’ he epitomizes what the Howie Richmond Hitmaker Award signifies.”

Seymour Stein is the cofounder and chairman of Sire Records, one of the music industry’s most influential record labels and home to some of the most iconic names in modern music. Through its focus on discovering and nurturing distinctive artists and groups, Sire has been a goldmine for cutting-edge music, from popular trailblazers like Talking Heads and Tom Tom Club, Depeche Mode, The Smiths, the Cure, Echo and The Bunnymen, Erasure, The Cult, The Undertones, Madness, The Replacements, Ice T, k.d. lang, Seal, Everything But The Girl, Aztec Camera, Dinosaur Jr., Wilco, My Bloody Valentine, Primal Scream, Aphex Twins, SpaceHog.

Sire put Punk and New Wave on the map in the 1970s and 1980s, and Stein has been the label’s driving creative force since its origins as an independent label and through its tenure as one of the most important imprints within the Warner Bros. Records label family. Stein’s unique ability to anticipate musical trends, and to discover and sign the greatest artists within those movements, has left an indelible mark on pop culture and helped to launch and nurture the careers of some of music’s most memorable artists.

One of those groups was the Ramones, the New York City band that fueled the punk movement. Stein first saw the band in 1975, and was immediately drawn to black leather ethos, angry chords and one-of-a kind loud and fast melodies that are their hallmark. “It was like sticking my hand in a live electric light socket,” Stein recalled of his first exposure to the band. “The jolt went right through me.” The Ramones’ eponymous first album was recorded for less than $10,000 and released on Sire in 1976, and to this day remains one of the seminal albums in rock and roll history.

Stein also saw merit in the Pretenders, who recorded on Sire for nearly two decades. Stein even went further afield to sign Australian punk-rockers like the Saints and Radio Birdman, both of whom have been inducted into the Australian Music Hall of Fame. Along the way, Sire helped revive the notion of Sixties-style pop singles with synth-pop classics like M’s “Pop Muzik,” Plastic Bertrand’s “Ca Plane Pour Moi,” Soft Cell’s “Tainted Love” and Modern English’s “I Melt With You.”

By the early 1980s, Sire had hit its stride as an independent label and was one of the industry’s most influential creative homes. A major non-New Wave discovery during that fertile period was a rising young dance-music artist named Madonna. Sire released her first single (“Everybody”/”Burning Up”) in the fall of 1982, but at a meeting several months earlier sensing her long term staying power, famously held at a Lenox Hill hospital room where he was recuperating from a heart infection, Stein signed Madonna to a multi-album deal. Madonna remained with Sire and Warner Bros., until joining Live Nation in 2007.

The ripples from Stein’s enthusiastic, music-first approach had a positive influence on the music business in general. Sire’s origins date back to 1966, when Stein cofounded Sire Productions with producer Richard Gottehrer. Sire released albums by British progressive-rock acts like Climax Blues Band, Renaissance and Barclay James Harvest as well as Focus from Holland, whose album; Moving Waves was Sire’s first platinum album back in 1973. A believer in the English rock scene since the late 1950’s – long before the British invasion – his passion for music took root during his early days as a Billboard editorial staffer while still in High School. Following High School graduation in 1959 Stein worked in the chart department at Billboard for over two years before moving to Cincinnati to get a grass roots education of the music business at King Records. Stein returned to NY in 1964 to work with George Goldner, who had just joined forces with legendary songwriter Jerry Leiber and Mike Stoller to form Red Bird Records headquartered in the Brill Building, ground zero for the music business back in the day.

Stein’s mentors at the magazine, Chart editor Tom Noonan and legendary music editor Paul Ackerman, introduced him to many indie music men who also mentored him, including the late industry legends, Jerry Wexler and Ahmet Ertegun at Atlantic Records, as well as George Goldner at Redbird Records and, most notably, Syd Nathan at King Records. Four of his six mentors have thus far been inducted into the Rock & Roll Hall of Fame, and Stein himself was inducted in 2005. After Billboard, Stein went on to work for King in their Cincinnati headquarters, and later at Redbird in New York’s Brill Building.

In 1976, realizing what a mother lode he had discovered in the Ramones – as well other bands that were bubbling up from the rock underground – Warner Bros. struck a distribution deal with Sire. The partnership lasted until 1995 when Stein was asked by Doug Morris, then Chairman of Warner Music U.S., to move over to Elektra Records as President, where he worked with Chairman Sylvia Rhone for three years. In 1998 Stein left Elektra to reform Sire Records Group as a free-standing company and, after Roger Ames took over as Chairman of Warner Music Group, created London-Sire.

In 2002 Tom Whalley invited Stein back to the Warner Bros. label group and re-launched Sire with the release of Danish band The Hives’ first album. Today Sire remains one of Warner’s most important brands with a roster that includes Regina Spector, HIM, The Veronicas, Tegan & Sara and the more recent addition of Avenged Sevenfold, My Chemical Romance, Never Shout Never, Foxy Shazaam, Ximena, The Ready Set, artists brought to the label by Craig Aaronson and Ryan Whalley. Stein has been associated with Warner Bros. for nearly 35 years, and in 2011, the label will celebrate its 45th Anniversary.