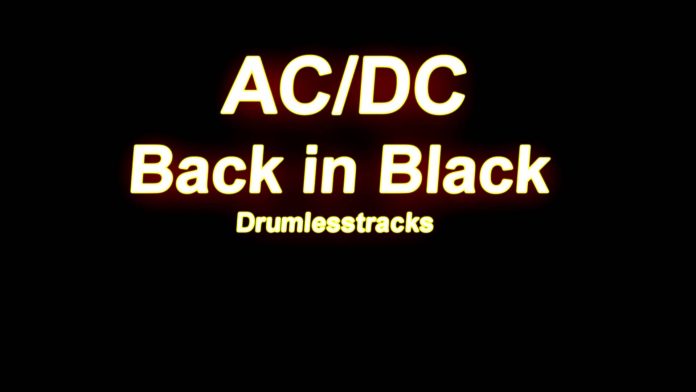 The classic AC/DC track “Back In Black” appeared on their same-titled album in 1980 although this seems to be a live version from the 1992 Live At Donington release given the crowd noise at the end. While the original was produced by Robert John “Mutt” Lang, this Donington version was produced by Bruce Fairbairn.

No offence to the drummers out there, but think of it this way – you can use it to practice!