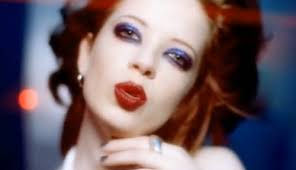 DiS: It’s true but there is so much ageism in the industry.

Shirley Manson, Garbage: …but that’s not the music industry, that’s the media full stop. Across the board. That’s the culture we live in right now. We’re living in this culture right now where everyone is desperate to remain a child. I find it amazing that they don’t want to take adult power, they don’t want to take an adult stance. They want to suck their thumbs and, meanwhile, it’s all the young kids sort of acting like 50 year old divorcees. It’s fascinating to me.

I’ve always loved that idea of being an elder, it’s such a fucking great position to be in. Where you are no longer scared, you are not cowed, you’ve developed into a fully formed human being. That’s powerful. I think there is a deliberate attempt to infantilize people because infantilized people are powerless. They’re not dangerous, they don’t have a voice. So to me, it’s like, why are women dumping their forehead with botox, trying to pretend to be sometime they are not? It’s like, be your fully-fucking-realised, bad-ass self. Fucking go take over the world instead of wanting to be a baby. This is endlessly fascinating to me.

You’re set up to lose. It’s a game you cannot win. I could go on about that subject forever because it really is so fascinating, pervasive and alarming. I see a lot of women sitting opposite me with their plastic faces and I don’t see them looking young. I see them looking their age, attempting to look young and in the process, looking desperate and sad and disempowered.