Written by Toronto-based music journalist Jesse Locke (AUX, Weird Canada) Heavy Metalloid Music is the official biography of Hamilton’s legendary psych/proto-punk band Simply Saucer, who first launched into orbit in 1973. They were so far outside of the curve during their original ’70s lifespan that they wouldn’t be recognized until their recordings were finally released in 1989 as the posthumous collection, Cyborgs Revisited. An expanded 40th anniversary edition of Cyborgs Revisited will be soon be re-released on celebrated garage label In The Red.

When punk hit Canada in the late 1970s Simply Saucer became quasi-rivals of Teenage Head (even stealing guitarist Steve “Sparky” Park) and existed on the fringes of the Toronto scene. Their live shows blew minds and their work ethic was unmatched, rehearsing nearly every night (including Christmas) in the basement of the infamous Saucer House. After a decade of obscurity, the band was finally swallowed up by a black hole of drugs, crime, supernatural rituals, and suicide. After 40 years, Simply Saucer have slowly found their way back to earth. 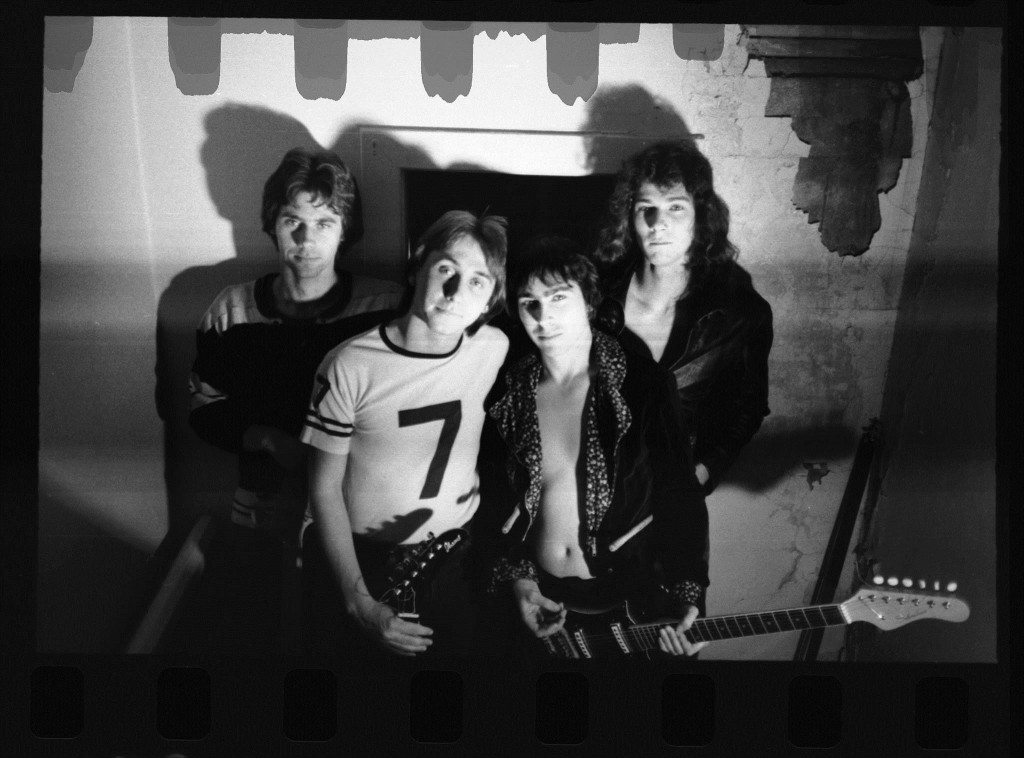 Part oral history and part zine-style chronicle, Heavy Metalloid Music includes interviews with current and former members of Simply Saucer, plus their musical contemporaries, writers, fans, label heads, and others sucked into the Saucer’s tractor beam. Alongside a collection of rarely seen photos and other vintage materials, it also shares the story of Thee Gnostics, The Battleship, Ethel, and Zacht Automaat. These Hamilton psychedelic survivors have carried on the spirit of Simply Saucer, proving there has always been something in Steeltown causing expanding heads to create their own fantasies.

Heavy Metalloid Music will be available at select independent bookstores across Canada, online retailers as well as the  Eternal Cavalier Press website in November 2016. An exclusive excerpt and interview with Jesse Locke is now available at Open Book.

“The idea of a group of record collectors creating their own version of the Velvet Underground, Hawkwind, and Soft Machine in complete isolation and with limited means (in the early 1970s no less!) is completely awe-inspiring,” says Locke. “Of course their versions turned out way weirder than their heroes, with dystopian lyrical themes of cyborgs, Nazis, and comic book super-villains.”

Simply Saucer’s sole studio recordings of this era took place in the basement bunker of brothers Bob and Daniel Lanois, who would famously go on to work with the likes of Brian Eno, U2, and other musical bigwigs. The sessions were a raw, off-the-floor shamble, with several songs captured in a single take. The lyrics, influenced by sci-fi, comic books, and first-hand experiences with crime-infested street life, were written in a Beat-style stream of consciousness.

“After getting to know the band members throughout hours of interviews, I also discovered that they’re a lot like me and my friends,” says Locke. “Their story should be relatable to anyone in a hometown band that never made it big, but it’s also completely unique.”