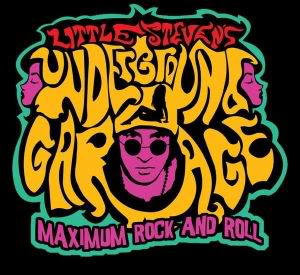 Little Steven’s Underground Garage & SiriusXM presents The Sonics, The Woggles, and Barrence Whitfield & The Savages for a 21-city North American tour kicking off on May 5, 2016 at Union Transfer (Philadelphia, PA) and continuing through June 4 at the Music Hall of Williamsburg (Brooklyn, NY). Renowned for single-handedly defining the genre of garage rock, The Sonics are set to release a new live album, Live at Easy Street (April 16, 2016), for Record Store Day in advance of the tour. The Sonics will also be joining Robert Plant and The Sensational Space Shifters in March 2016 for shows throughout the South. Interviews and hi-res photos for all three bands are available upon request.

The Sonics are officially back as a garage rock tour-de-force with their first studio album in almost 50 years, This Is the Sonics (2015), receiving critical acclaim from Rolling Stone, MOJO, and The New Yorker, just to name a few. With what might be the longest interval between recordings in rock history — The Sonics released the legendary Here Are the Sonics in 1965 and Boom in 1966 — the band’s 2015 follow-up album is an unflinching testament to why The Sonics have influenced countless generations of garage bands the world over. This Is the Sonics is a hard-hitting record of 12 new savage songs, produced by Jim Diamond (The White Stripes, Dirtbombs, Electric Six). As famed rock critic David Fricke of Rolling Stone notes, “The Sonics were cult heroes who influenced Nirvana — now they’ve finally made another LP.”

Though the band broke up in 1967 (and then reformed in 2007), The Sonics have inspired some of rock’s greatest stars such as Bruce Springsteen, Kurt Cobain, Jack White, Eddie Vedder, and many others. Their song “Have Love, Will Travel” was not only covered by The Black Keys, but it was featured in a Modelo Especial beer commercial, a Land Rover TV ad, and was used as promo for the 2014 season of Anthony Bourdain’s CNN Series, “Parts Unknown.” An interview between the Foo Fighters’ Dave Grohl and The Sonics’ Larry Parypa was recently included in the Seattle episode of the HBO Series, “Foo Fighters: Sonic Highways.”

With the release of This Is the Sonics, The Sonics’ original members Jerry Roslie (keyboards and vocals), Larry Parypa (guitar and vocals), and Rob Lind (sax, harmonica and vocals) reunited and enlisted bassist Freddie Dennis (The Kingsmen, The Liverpool Five) and drummer Dusty Watson (Dick Dale, Agent Orange) to round-out the powerhouse group. Recorded for KEXP, their upcoming record Live at Easy Street is nothing short of a masterpiece with special guests Eddie Vedder (Pearl Jam), Chris Ballew (The Presidents of the United States of America), Matt Lukin (Mudhoney), Van Conner (Screaming Trees), Ben Shepherd (Soundgarden), and others. Live at Easy Street will be released on vinyl on April 16, and subsequently digitally available via iTunes.

On their excitement for the spring 2016 tour, The Sonics comment, “We have a long relationship with Little Steven. He has joined us on stage to perform, and we spent an entire day with him prior to our last show at SXSW. Now things have come full circle. The Sonics are thrilled and honored to have been chosen to represent Little Steven and his amazing Underground Garage radio network as we set out on this tour. We’re excited to bring Sonics rock and roll to many new cities and revisit some of our favorite places and people. And as The Sonics have been known to say, ‘The road goes on forever and the party never ends.'”

“In the early ’60s, The Sonics coupled the frenetic energy of Little Richard with their own hormone fueled adrenaline to create a sound that 50 years on remains timeless and exhilarating,” says The Mighty Manfred (DJ in Little Steven’s Underground Garage, lead singer for The Woggles). “For The Woggles to share a stage with them is to be in the presence of masters, to feel the glow of gods, and to gaze into the Hall Of The Immortals.”

The Woggles, a four-man delivery system for 200-proof nitro-fueled rock’n’roll share a vision and blaze a trail with the same insanity as the true Wildman originators of three-chord mayhem. Their sound is a combination of ’60s rock’n’roll with a fist-full of soul, a hip flask of rhythm & blues and a splash of surf. The Woggles’ 2009 release, Tempo Tantrum, was ranked by Spin Magazine among the “Best of the Year” and touted the album as the “soundtrack for the best biker flick you’ve never seen.” Their song “It’s Not About What I Want (It’s What You Got),” was voted the first ever “Coolest Song of the Year” by listeners of SiriusXM’s Underground Garage Channel.

Barrence Whitfled and the Savages have built a strong reputation for their explosive stage performances, described as “raucous and rough, in high gear from the moment they hit the stage.” Similar to Joe Louis, Howlin’ Wolf, and Wilson Picket, Whitfield has what these greats all possessed, the one thing a trainer cannot teach a fighter: a lust for mayhem. The wilder, louder more insane the Savages bring it, the more Whitfield is ready to attack the mic. Upon the release of the band’s third album, Call of the Wild, they’ve toured with many artists including Bo Diddley, Tina Turner, George Thorogood, Robert Cray and Solomon Burke.

Don’t miss this incredible opportunity to see The Sonics, The Woggles, and Barrence Whitfield and The Savages in a city near you this spring. The Sonics set the precedence, pace and the sound that ultimately gave every musician that followed the right to take rock to the edge of the universe!